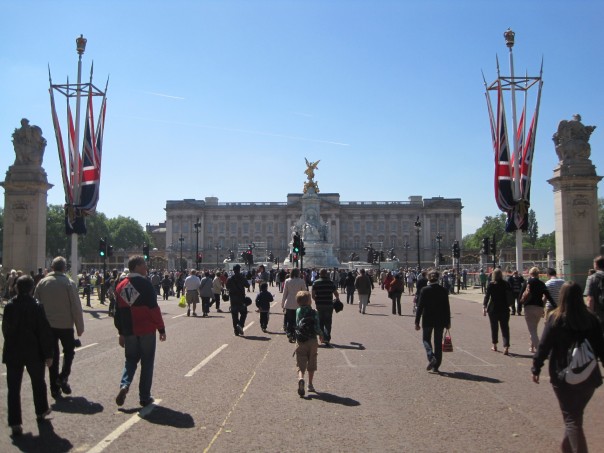 So yes… the weather isn’t going to be as good as we hoped this Jubilee Bank Holiday Weekend. But London is a city of all weathers and we’ll be on the world’s stage again this weekend when we celebrate Queen Elizabeth’s Diamond Jubilee.

Even if you’re not much of a royalist, the opportunity for the country to come together and party in the streets doesn’t happen very often (lets face it, we’re not likely to win the Euro or World Cup anytime soon… #spokenlikeatruepessimist)… 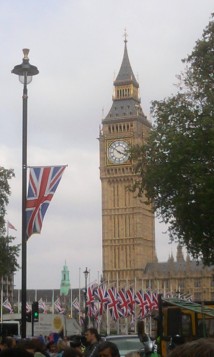 As we’re back in a recession… again… what better way to forget Europe’s economic doom and groom and celebrate what’s good about Britain – and goodness knows, spending a few quid on some bunting or a bottle of Pimms will help the economy.

I’ve never had a strong opinion for or against the Royal Family, but I appreciate their value to our tourism industry. I remember how their image plummeted following the death of Princess Diana in 1997 and now 15 years later, they seem to be riding a new wave of popularity, helped in spades by Prince William and his glossy-haired bride Catherine.

So with the weekend officially starting already, here’s some ideas of what’s going on in town if you’re still stuck about what to do (and that haven’t sold out)

Over 1,000 boats will sail down the Thames, starting from Battersea Bridge around 2pm and ending at Tower Bridge at 6pm. The Queen herself be on the royal barge, the Spirit of Chartwell, embarking near Albert Bridge.

The flotilla will cover seven miles of river, with large viewing screens dispersed along the river banks so everyone can see. Police are recommending spectators arrive no later than 2pm. For more information and maps to print off visit the official Thames Jubilee Pageant website. 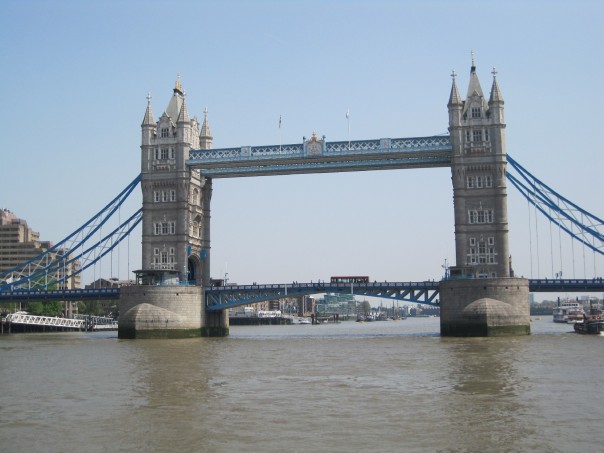 Head to the Thames to watch the Flotilla

For those with young children, somewhere not involving packed crowds standing in close proximity fighting for a glimpse of the royals is probably a good idea. Sainsbury’s has organised a two-day festival in Hyde Park, including live music and entertainment from Britain and across the Commonwealth. Celebrities including Myleene Klass, Jon Culshaw, Kara Tointon and Strictly dancers will be taking part. Although many tickets have already been sold, there will be limited tickets on the gate, which opens at 10:30am and closes at 7pm. Visit the Jubilee Family Festival website for more information.

Free street party on Bellenden Street in Peckham where the road’s boutiques, art galleries, shops, cafes and pubs will be opening their doors with lots of events. The road is closed off to cars with tables in the middle for eating and drinking.  Visit the Facebook page for more information.

Piccadilly will be closed off to vehicle traffic for the first time its history with some of the road’s most famous establishments hosting various events. BAFTA will be giving people the chance to walk the red carpet, The Cavendish London will be making a hog roast, The Ritz’s resident band will be playing, and loads more food and entertainment. Visit the Big Jubilee Lunch website for more information. 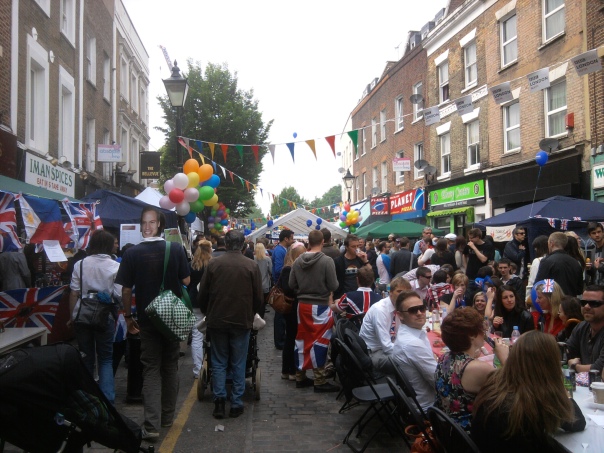 There’s nothing like an East End knees-up. The Water Poet near Liverpool Street is hosting a street party with food, drinks and dancing. In the evening there will be a live screening of the Jubilee concert at Buckingham Palace. Visit the Water Poet’s website for more information.

At around 2:20pm, the Queen and the royal family will ride in a formal carriage procession from the Palace Of Westminster to Buckingham Palace following a service of thanksgiving at St Paul’s Cathedral and lunch earlier. They will travel along Whitehall and The Mall, before gathering on the balcony of Buckingham Palace at around 3:30pm. The Royal Family’s appearance on the balcony will culminate with a RAF flypast and a gun salute.

A party in the grounds of the 19th century gallery with canapes and sparkling wine. There will be short tours by the curator and a performance of Fifties songs by soprano Alexandra Carter. Tickets £18. Visit the Dulwich Picture Gallery’s website for more information.

It may be the Queen’s weekend, but one of the best things about London is our multi-cultural residents and cuisines from around the world. Market stalls with different world cuisines will be set up in Southbank Centre Square on London’s Southbank. Visit the World Street Food Festival’s website.

Whatever you do, enjoy the weekend and don’t forget to check the TFL website. There’s going to be some road and tube station closure so be prepared. Happy Jubilee Weekend! 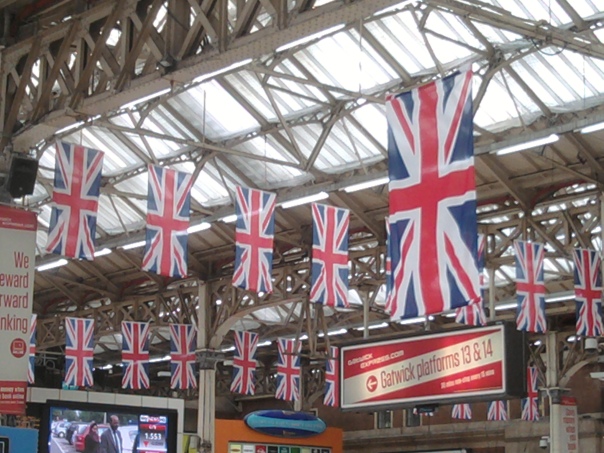 Posted on 1 Jun 2012, in History, London, Tourist Attractions and tagged Queen Elizabeth II, royal. Bookmark the permalink. Comments Off on One is wondering what to do | Last-minute guide to Diamond Jubilee Weekend.