Not just for petrolheads | Goodwood Festival Of Speed 2012 review 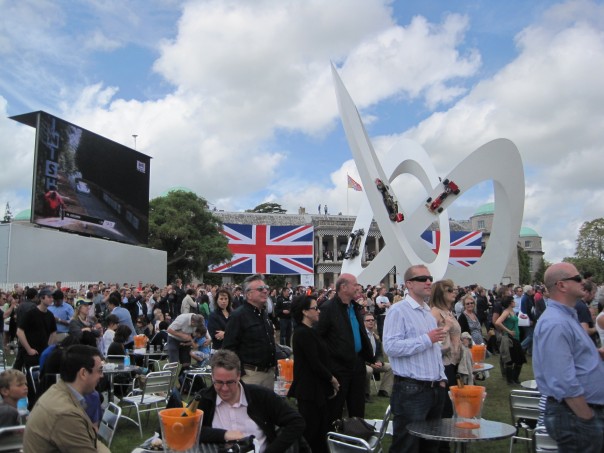 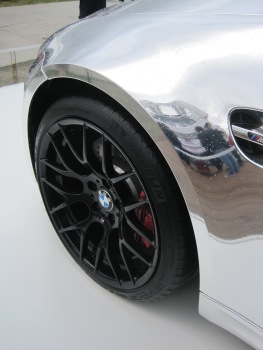 I’ve been a qualified driver for many years and love to drive, but would never describe myself as a petrolhead or car fanatic. In fact, at this current moment in time I don’t even own a car as I can’t justify the cost with such good public transport links. So when I was given the opportunity to go to the Goodwood Festival Of Speed I was curious, but not sure what to expect.

To those who may be reluctantly accompanying a car fanatic friend, relative or boy/girlfriend to the festival, do not fear. The FOS is more than just cars, it also has planes, bikes, live music, food and drink, celebrities and lots of fun activities for the children too. Billed as ‘the largest motoring garden party in the world’, the event attracts an estimated 50,000 people a day and past and present stars from the racing world – this year included Lewis Hamilton, Jenson Button and Sir Stirling Moss. 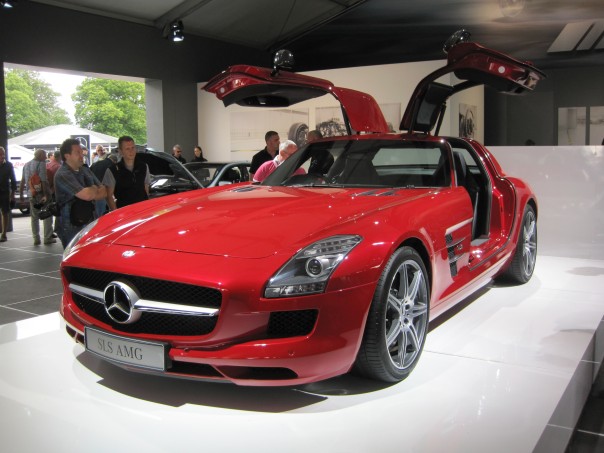 The Festival Of Speed has been going since 1993, founded by Lord March at his family seat, Goodwood, just north of Chichester, West Sussex. As you may know, Goodwood has a horse racecourse, airport and circuit. Throughout the year there is also the Glorious Goodwood, Vintage At Goodwood and Goodwood Revival festivals. The stunning centrepiece of the festival is the regency Goodwood House and the huge drive in front, which provides a showcase of the old and new cars to drive around. This year, Lotus created a large white sculpture in front of the house with race cars hanging off it – must have used some good glue! 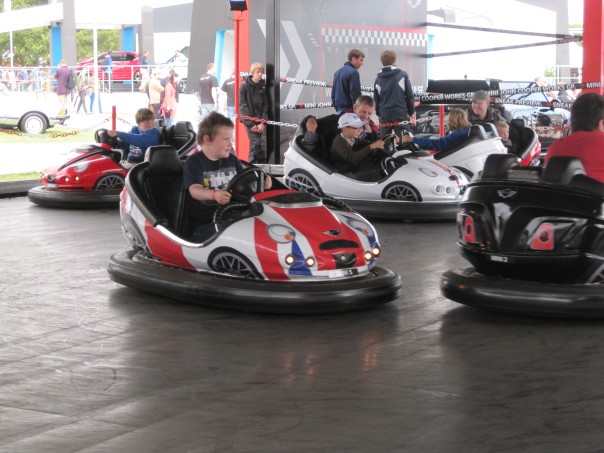 Fun for all the family – Mini Cooper dodgems! 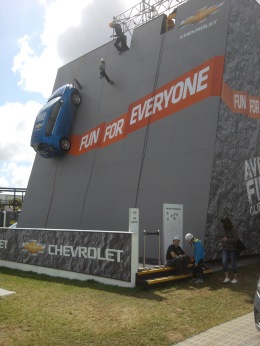 Hang off the side of an abseiling wall with a Chevrolet!

Throughout the four-day ‘weekend’ festival, cars from across the ages are given the opportunity to show off their moves on the racecourse. Even those who aren’t petrolheads can appreciate the power and style of some of these vehicles. I particularly liked the classic cars, some dating back decades and still looking brand new.

As well as watching the cars on the track, there is also an aspirational side to the festival where you’re given the chance to sit in some pretty expensive cars. All the main car manufacturers – Ferrari, Jaguar, Renault, Volvo, BMW, Lotus, Audi, etc have showrooms with plenty of staff members on hand to tell you all about the latest models or show off a vintage piece from the archives. I’m sure it was pretty obvious I couldn’t afford the red Jaguar XK RS Convertible I had a little sit in – a snip at £123,000+, but the Jaguar adviser happily chatted to me about the features of the stunning machine. During my two days at the festival I got to sit in some beautiful chrome and matte-wrapped BMWs and a convertible Audi, even a Harley. On the opposite end of the car scale, there were lots of compact, hybrid cars. I was stunned by the size of the Renault Twizy – which is really a one seater, I think the ‘seat’ at the back would probably fit a small child or dog! 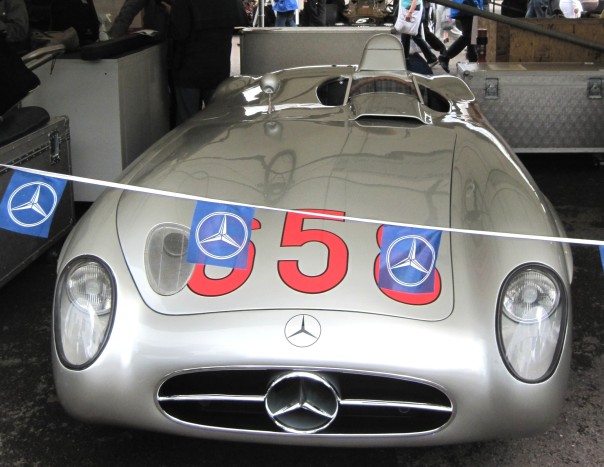 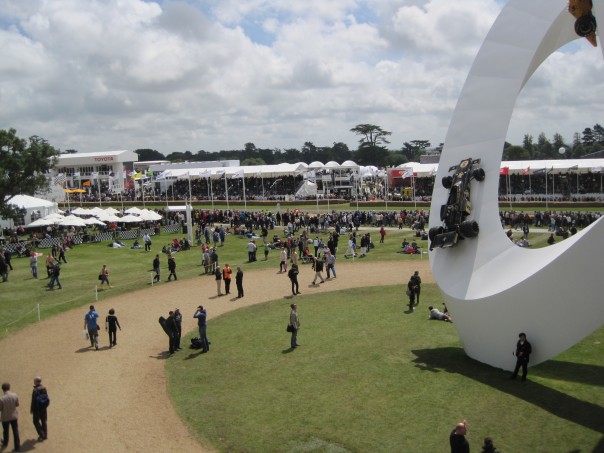 Aside from cars, there were also plenty of non-petrol related things to do, including abseiling down the Chevrolet wall, Mini Cooper dodgems, live music in the Cartier Style Et Luxe garden and enjoy the air display by the talented RAF Red Arrows in their noisy and powerful Tornados.

For those who weren’t driving there was plenty of choice of refreshments, with a champagne and smoked salmon tent or Veuve Clicquot bar, or for those on a budget the usual festival food stands serving Chinese, Mexican, fish ‘n’ chips, etc.

Fortunately the weather was pretty sunny so combined with all the activities and escapism of sitting in Jaguar, I had an amazing weekend and can thoroughly recommend the Festival Of Speed as a great day out for the family – petrolheads or no. 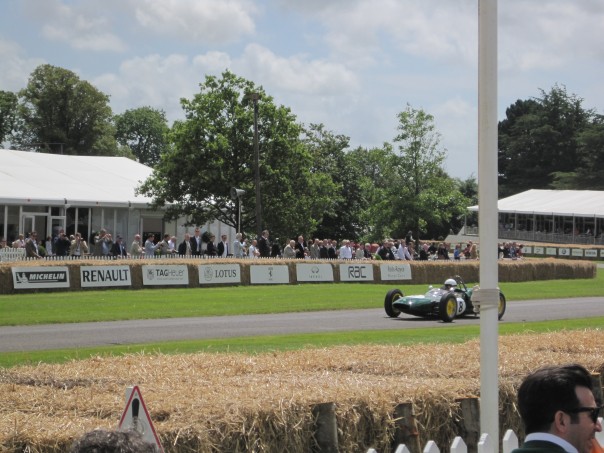 Vintage race car on the track 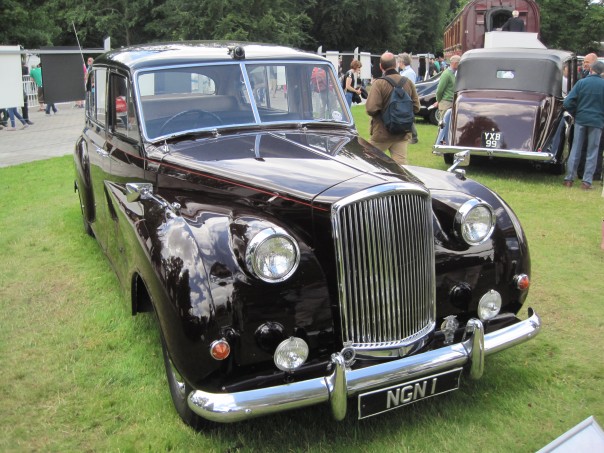 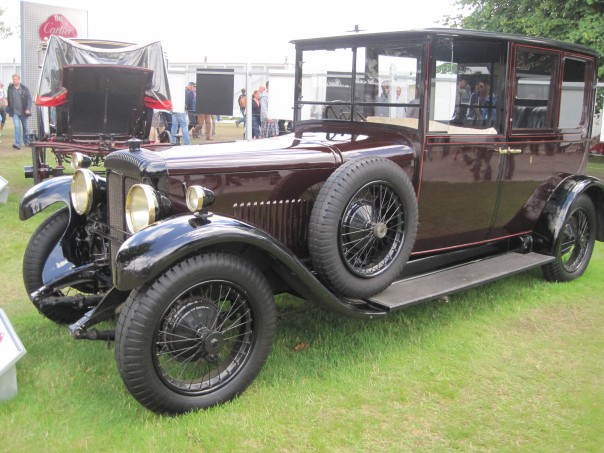 1929 Daimler Double Six 30HP Brougham @ Cartier Style Et Luxe.
Purchased by King George V for personal use. Returned to Daimler after service, before being presented to the Queen in 1968.

For Metro Girl’s other travel posts, check out the You Can Take The Girl Out Of London section

Posted on 5 Jul 2012, in Festivals, You can take the girl out of London... and tagged Travel. Bookmark the permalink. Comments Off on Not just for petrolheads | Goodwood Festival Of Speed 2012 review.