← Shop til you drop | Guide to London’s Christmas markets and fairs 2012
Sexy Sydney: There’s more than you think to Australia’s harbour city →

A look inside Battersea Power Station before the developers move in 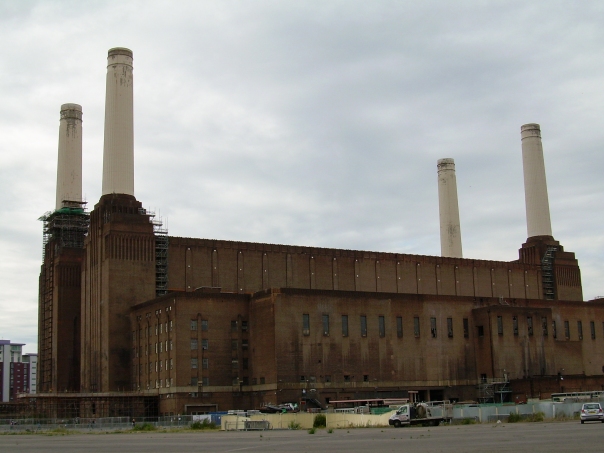 Decline of an icon: After 29 years, Battersea Power Station is heading back to life 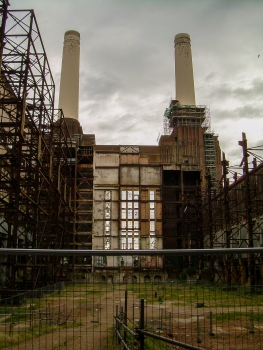 Battersea Power Station has come to symbolise many things over the decades – industry, dereliction, Pink Floyd. Since it was decommissioned in 1983, Londoners have witnessed the iconic 1930s landmark lie ruined and neglected over the past 29 years – with the decline of the building sped up following the removal of the roof in the late ’80s (thanks Margaret Thatcher, for approving THAT decision!). It’s no surprise the Power Station has been on English Heritage’s At Risk register for a while.

Growing up in south London, I regularly passed the Power Station on the train or in the car as I made my way back and forth over the River Thames. Throughout my life there has been various plans – and long periods of inactivity – of what to do to the former station and its huge 39 acre site. In terms of the capital, the Power Station’s land overlooking the river is a prime spot of real estate and I think it’s a crime it has been left to rack and ruin for so long. Years of neglect mean the Malaysian consortium who bought the land this year will sadly have to knock down the Grade-II listed chimneys and replace them with replicas. 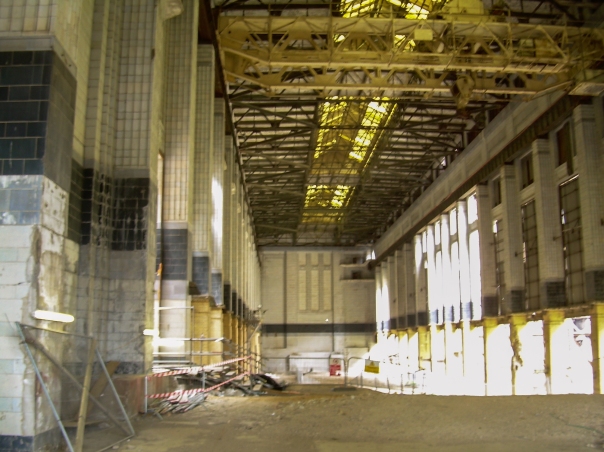 Glistening: A station was decked out in Art Deco fittings and Italian marble – which still exists today 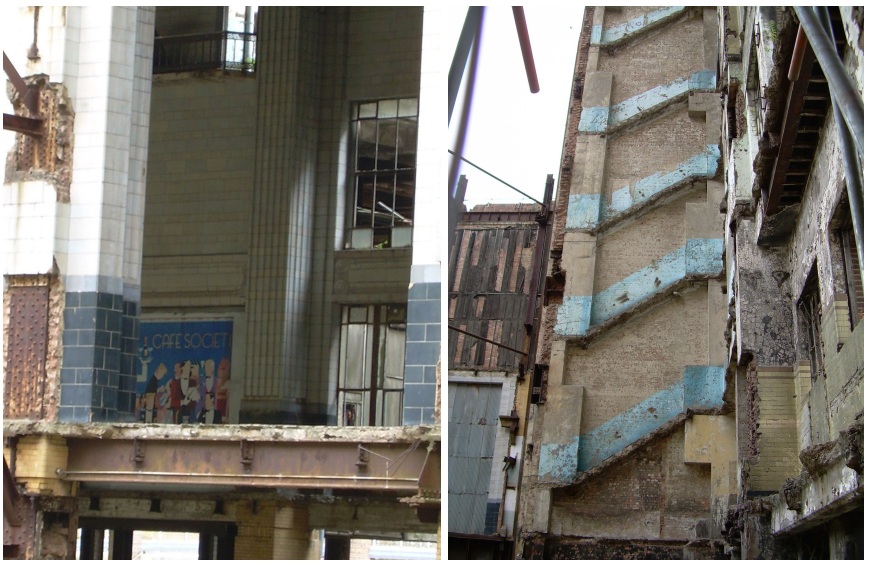 Interiors: The Art Deco ‘Cafe Society’ tile work of the staff canteen (left) and the ghosts of the wrought-iron staircases (right)

Of course, the main obstacle of turning this huge space into something usable has been the cost. The Power Station has been owned by various companies over the years and at one point in the ’80s was going to be transformed into a theme park, a prospect which excited me greatly as a child at the time, but in hindsight I’m grateful it didn’t happen. So following the purchase of the estate earlier this year and a £400million plan to transform the building and surrounding area into housing, offices and commercial areas, I’m keeping my fingers crossed this plan actually reaches fruition. Preparatory work has already begun on what is the largest brick building in Europe, with the builders moving in next year to start the 800 residential units, with phase one of the project estimated for completion in 2016. 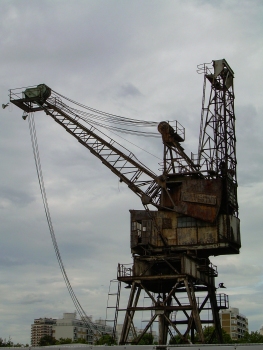 Rusting away: One of the two cranes on the jetty used to unload coal ships

Although Battersea is one of our favourite landmarks now, when it was being built from 1929 onwards, many complained it would be an eyesore. Londoners moaned it would spew out pollution into the nearby areas and there were even fears it could damage the paintings at the Tate Britain gallery a short distance down the river. In an attempt to appease concerns, acclaimed architect Sir Giles Gilbert Scott (1880-1960) was hired to design the Power Station. Scott, grandson of St Pancras architect Sir George Gilbert Scott (1811-1878), was famous for designing the red telephone box, the Tate Modern building and Liverpool Cathedral. Construction of the A station started in 1929 and opened in 1933, with the creation of B station beginning shortly after the end of World War II and gradually coming into operation between 1953 and 1955. Once B station was up and running, Battersea had a generating capacity of 509 megawatts and was the third largest generating site in the UK and was the most thermally efficient power station in the world when it opened. Although Italian marble and Art Deco features were used in A’s turbine hall, Britain was too poor after World War II to afford the same lavish interiors for B.

Over time, the equipment became outdated. A Station was closed in March 1975, followed by B Station in October 1983. Following closure, there was talk of demolishing the Power Station, but it had been Grade II listed in 1980 ensuring its survival.

A few years ago, when Battersea was still owned by previous owners, Irish developers Real Estate Holdings, I was lucky enough to get the chance to visit the Power Station up close and see the plans. It was amazing seeing inside a building I knew so well from the outside – the Art Deco tile work, the ghostly wall markings of wrought-iron stairwells long since destroyed and the decorative wall in the old staff canteen. So here’s some of my photos of the striking station before it is transformed into a modern living and working space over the next few years. 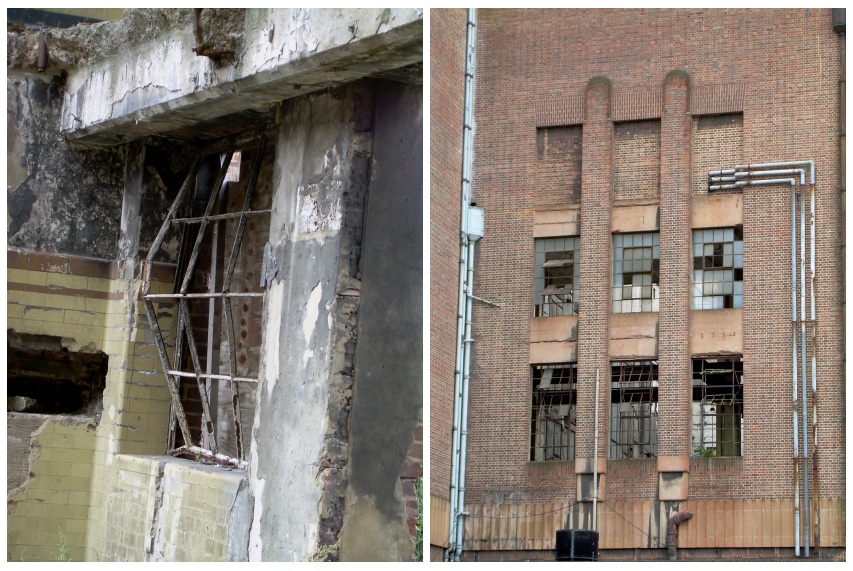 Not exactly water-tight: The windows are in varying states of decay

Afternoon tea at The Gilbert Scott review: Treat yourself in stunning Gothic surroundings

← Shop til you drop | Guide to London’s Christmas markets and fairs 2012
Sexy Sydney: There’s more than you think to Australia’s harbour city →
%d bloggers like this: