The Montagu review: Watch your food being cooked in this bustling, upmarket restaurant 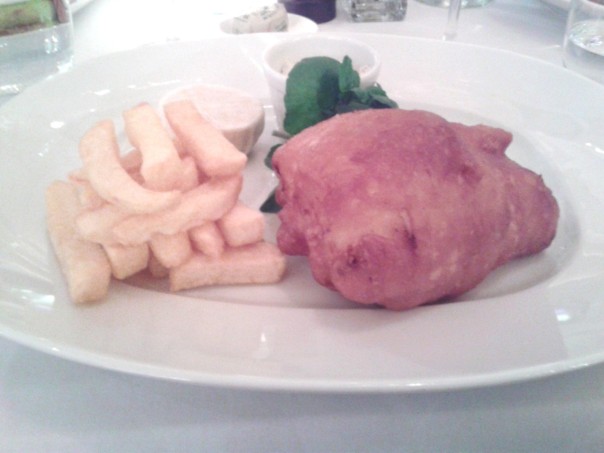 Something’s fishy: Cod in batter with chips at The Montagu 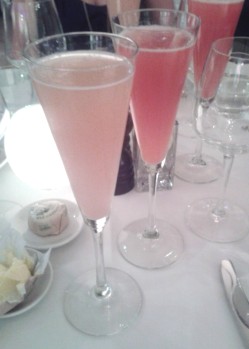 A peach and a strawberry Bellini

A lot of London’s top restaurants happen to be located in the capital’s best hotels. Although Locanda Locatelli in The Hyatt Regency’s The Churchill hotel tends to get more attention because of its A-list clientele (Madonna, Victoria Beckham and George Clooney are among its previous diners), The Montagu offers another upmarket eating experience within the building. The Churchill is a five-star hotel in Portman Square, Marylebone – just a stone’s throw from Oxford Street and Selfridges department store. Although being named after one of our finest Prime Ministers may suggest old world, the hotel is a light, airy space featuring unusual and contemporary art works dotted around the lobby and The Montagu restaurant.

I booked a table for four at The Montagu earlier this month through TopTable to celebrate a relative’s birthday. The Montagu is an open-plan restaurant which features an open kitchen so you can see the chefs at work. This makes for a bustling atmosphere, which is complemented by the laidback bar/lounge area running alongside the dining area where guests can sip hot drinks, cocktail and peruse the cake selection. Wide windows look out on to Portman Square, while the interior walls feature an eclectic art collection. We were shown to a circular table surrounded with comfortable wide seating. There is also a small bar area as you come in so there’s a place for early arrivals to wait for your dining party. We were presented with the full menu which also incorporated applicable dishes on the TopTable set menu so you had the options of both. Our deal was three courses plus a Bellini for £25 which was incredibly good value. 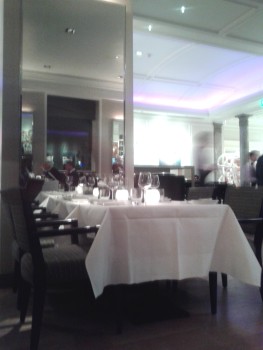 To start, the birthday girl and I both opted for the Butternut Squash Soup with Seared Scallop. The lone scallop in the middle of the soup was an interesting and contrasting flavour with the soup, but tasted good. The rest of our party opted for Ham Hock and Duck Liver Terrine with Victoria Plum Chutney and Grilled Sourdough Bread, a multi-layered dish rich in flavour. For my main meal, I decided on the Beer Battered Cod and Chips with Tartar Sauce. I particularly liked the presentation of the chips in a Jenga-style tower. The batter was thin and light as I prefer it, but the cod didn’t have as much flavour as I hoped and I ended up adding seasoning to it. Finally, to finish I decided on my old favourite, Cox’s Orange and Apple Crumble with Vanilla Custard. The crumble was thin and biscuity and the fruit was incredibly fresh and tasty. Overall, the food didn’t quite live up to my expectations. The service and presentation were good and the atmosphere was upmarket, but relaxed. I particularly thought the open kitchen was an unusual, but good addition for this standard of restaurant. However, the food didn’t have as much flavour as I hoped. Despite my experience not being as I hoped, I would probably return for lunch or drinks and give it another try.

Posted on 23 Nov 2013, in Grub, London and tagged eating, foodie, Marylebone. Bookmark the permalink. Comments Off on The Montagu review: Watch your food being cooked in this bustling, upmarket restaurant.