Great Scotland Yard history: From a London base for Scottish kings to the Met Police’s HQ 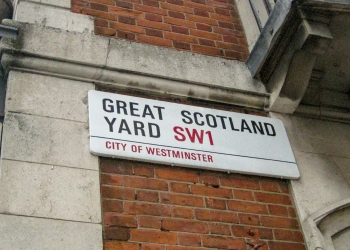 Great Scotland Yard is off Whitehall in the City of Westminster

The name Scotland Yard is synonymous with London’s Metropolitan Police. However, how did the name of a yard end up following the Met around Westminster as they moved headquarters over the decades?

As I write, the Metropolitan police are preparing to move their headquarters again from the current site of New Scotland Yard on Broadway in Victoria to the Curtis Green Building on Victoria Embankment in 2015. While the name New Scotland Yard will follow wherever the Met goes, the name originates on a short road in Westminster, which still exists to this day.

Great Scotland Yard is a short road spanning between Whitehall and Northumberland Avenue, taking just three minutes to walk from one end to the other. While today, the road is relatively quiet from pedestrian and vehicle traffic, in the 19th century it would have been a hub of activity with police officers, victims and criminals passing through it.

The name of the road is said to stem back to a medieval palace which was used as a base for Scottish kings and diplomatic representatives visiting London. By the 17th century, the road was home to various government buildings and residences for civil servants. Two notable residents include the architects Sir Christopher Wren and Inigo Jones and the poet John Milton.

The name Scotland Yard was first linked to police when the original Metropolitan Police Commissioner’s office at 4 Whitehall Place, had a rear entrance on Great Scotland Yard. By the early 20th century, the force had outgrown the Great Scotland Yard site and moved to the nearby Norman Shaw Buildings on Victoria Embankment – located next door to where Portcullis House stands today – which were built between 1887-1906. New Scotland Yard remained at the site until 1967 when it moved to the current site in Victoria. The move in 2015 brings New Scotland Yard full circle as it returns to the Embankment – next door to the Norman Shaw Buildings.

While the Met has moved on from Great Scotland Yard, the association will be enshrined forever thanks to the road name. At time of writing, the Edwardian, Grade II-listed building on the site of the old Metropolitan Police headquarters at No.3-5 Great Scotland Yard is being converted into a five-star Hyatt hotel, due for opening in 2019. On the corner of Whitehall and Great Scotland Yard, stands The Clarence pub, which dates from 1896. 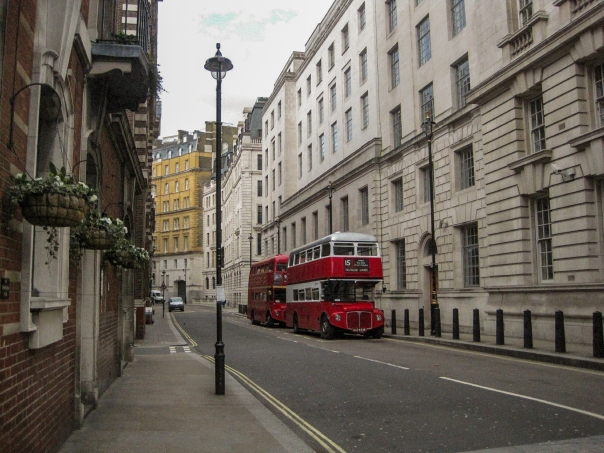 Quiet: The road is relatively calm to what it would have been in the 19th century as a hub of police activity

For Metro Girl’s blog post on nearby Banqueting House or for the history of nearby Charing Cross.