← The Little Yellow Door review: Gourmet bites and imaginative cocktails at this cosy pop-up
The Great Fire of London’s OTHER monument | The Golden Boy of Pye Corner →

Revisit the music, fashion and fun of the Nineties at Playback: The 90s Party

Retro has always been popular, with many of us revisiting former decades such as the 1920s, 1950s and 1970s. However, it is only recently that enough time has passed for us to be able to revisit the 1990s. However, unlike many of the other decades where we only have old photos and history books to guess what it would be like, most of us actually remember the 1990s. There were various big music movements over the decade – Britpop, grunge, R&B and of course, the Spice Girl’s cheesy pop, with many classic tunes of the time no doubt remaining on your playlists today.

Event organising supremos Bourne & Hollingsworth have already won over many fans with their Blitz, Prohibition and Dark Circus parties. With the ’90s dominating this season’s fashion trends, it’s the perfect time to revisit the decade in all it’s forms – music, fashion and drinks at Playback: The 90s Party. 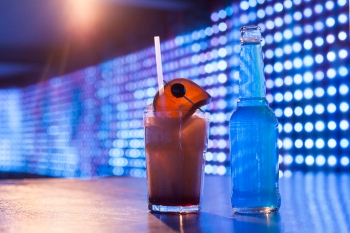 Anyone for a Frozen Daiquiri or Blue Lagoon?

Over the late May Bank Holiday Weekend, an East London warehouse will be transformed into a ’90s pleasure palace, inspired by hotspots of the decade such as The Viper Room, Ministry Of Sound, and Supernova Heights. The venue will be split into two large spaces, including a games room inspired by Nintendo, dance podiums and a screen showcasing classic films and VJ mash-ups from the decade. Guests will be encouraged to get down to their favourite tracks in a ’90s break dance-off.

DJs will be blasting music from the era so there will be something for everyone with pop, rock, and hip-hop all covered. There will also be special guests from the ’90s performing live. Dotted around the venue will be cocktail bars with Bourne & Hollingsworth bartenders serving up iconic concoctions from the ’90s including Frozen Daiquiris, Pina Coladas, Wibbles and Blue Lagoons.

Of course, the event will be fancy dress so revisit your old tribe – be it grunge girl/guy, rock God, preppy freshman, wannabe rapper or technicolour raver. Ladies, think slip dresses, body suits and high-waisted denim, while gents – it may be time to dig out the flannel, ripped jeans, Adidas tracksuits, acid brights and bucket hats. There will also be a hair and make-up stand at the bash should you need some help to create your look.

For a review of brunch at the Bourne & Hollingsworth Buildings, click here.

← The Little Yellow Door review: Gourmet bites and imaginative cocktails at this cosy pop-up
The Great Fire of London’s OTHER monument | The Golden Boy of Pye Corner →
%d bloggers like this: