← Lose your head in a good book: False Ceiling at Leadenhall Market
Cinema under the stars: Guide to London’s open air and pop up cinemas this summer 2015 →

Clapham has long been a draw for South Londoners for a night out with its extensive range of restaurants and bars. As a frequent visitor to Clapham, I believe there’s been a gap in the market for somewhere a bit more sophisticated and a more attractive late night option than Infernos! 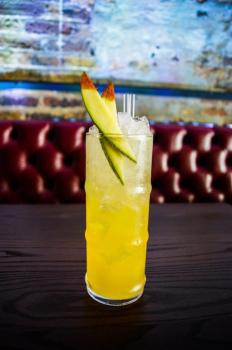 Injecting new life into Clapham’s bar scene is new late night drinking and dim sum den Fu Manchu. Located in railway arches at Clapham North, the venue is inspired by Sax Rohmer’s cult character Fu Manchu. Entering the bar, the bare brickwork, Eastern-influenced interiors and graphic arts projections, gives a feeling of being in an old Opium Den. Full of little nooks and crannies, there’s some private hidden areas in the venue for those who want a bit of privacy or high tables and bar stools for those who like to be centre of the action. I particularly liked the lighting projection of Fu Manchu on the wall as soon as you enter.

I was invited to the launch this week to check out the new spot and was immediately won over. The cocktail list features inventive twists on classics named after characters and plots from Fu Manchu’s adventures, such as Lin Tang’s Szechuan Sling (Homemade Szechuan pepper shrub, Finlandia Mango Vodka, Yellow Chartreuse and Mango Juice) and Manchu’s Mind Control (Secret grog recipe shaken with mango, guava and lime juice). I tried both and really liked the fruity freshness of the Sling, while my sister was a fan of the Mind Control which was served in an amazing Fu face tumbler. On the night in question, the bar was incredibly busy, but the staff were fast and obviously expert mixologists, whipping up concoctions swiftly.

Food wise, there’s an extensive range of dim sum – both steamed, fried and baked depending on your preference. We tried several of the steamed dim sum and it was a delicious accompaniment for a social evening out. As well as offering drinks and dim sum, the venue is open until 3am on weekends with DJs spinning Nu Disco and Soulful House. For me, Fu Manchu had that winning combination of good drinks, service, food and atmosphere – which is rare to find all four. I’ll definitely be back. 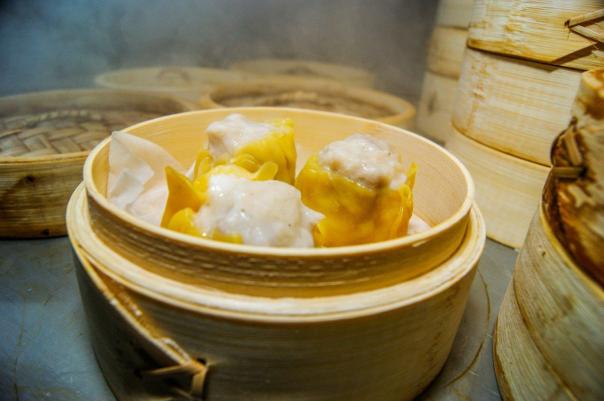 ← Lose your head in a good book: False Ceiling at Leadenhall Market
Cinema under the stars: Guide to London’s open air and pop up cinemas this summer 2015 →