Open House London 2015: Highlights and advice on how to make the most of the weekend

The third weekend of September sees the return of Open House London. Now in its 23rd year, it’s essentially a festival of design and architecture. Over two days, around 700 homes, government buildings, offices and more will open their doors to the public for free. While some will be museums which are usually open to the public for a fee will be free, there are also rare opportunities to visit some very special buildings, such as 10 Downing Street or the BT Tower. Some buildings, such as the latter two I just mentioned, are entry by ballot only so you need to apply in advance. However, most you can just turn up and enter. Some popular venues, such as the Gherkin and Lambeth Palace, are likely to have a queue. With that in mind, here’s my guide to getting the most of Open House London.

Tips to making the most of Open House London 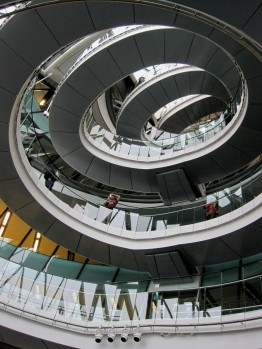 Visit buildings normally off limits to the public at Open House London, such as City Hall

Step inside the Royal Courts of Justice

← Up in the air | 100,000 giant balloons fill Covent Garden Market for Charles Petillon’s installation
It’s London baby! Central Perk comes to the capital at FriendsFest 2015 →
×
%d bloggers like this: