← Open House London 2015: Highlights and advice on how to make the most of the weekend
Regency London, John Nash and the Third Reich | Visiting The Royal Society’s Carlton House Terrace → 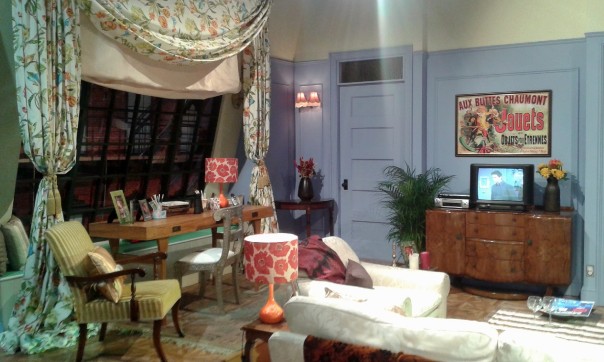 Monica and Rachel’s apartment has been recreated at FriendsFest in Spitalfields, London

Like millions around the world, I was a huge fan of Friends back in the 90s and early 00s. I can’t believe it’s been 11 years since the show finished, but thanks to the joy of re-runs, there’s always an episode on somewhere. Last month, I heard there was a five-day Friends festival coming to London and knew I had to get tickets somehow. The tickets sold out in less than 20 minutes, but I was fortunate enough to check it out at the press launch last night.

Comedy Central’s FriendsFest has set up camp at the Boiler House on Brick Lane, transforming a huge space into a slice of ’90s Manhattan. The shining glory is a meticulous reconstruction of Monica and Rachel’s apartment, which we were able to walk in to and interact with the props. There was the TV where the gang watched the Prom Video, the notepad where Monica used to insist everyone write down phone messages and the clock face biscuit tin on the kitchen counter. The iconic yellow door frame – which fans will remember was the last shot in the series finale in 2004 – was in situ, prompting many a selfie in front of it. One of the highlights of the evening was meeting the very friendly James Michael Tyler, who played Central Perk manager Gunther, in Monica’s kitchen!

That’s familiar! An orange sofa in the Central Perk-style café 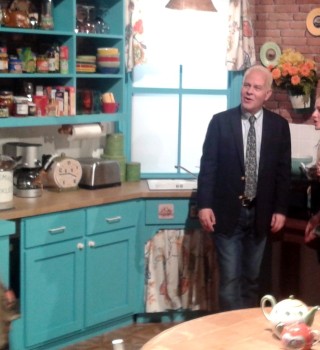 After walking around Monica and Rachel’s apartment, we visited the photobooth, complete with costumes from iconic episodes, such as Father Christmas, Dr Drake Ramoray’s scrubs, Rachel’s cheerleading outfit and wedding dresses. For those wanting a ’90s style makeover, there was a pop-up hair salon for ladies after a ‘The Rachel’ blow-dry. Around the corner, a small section of Joey and Chandler’s living room had been recreated with black barcaloungers, an entertainment unit and foosball table – which I admittedly lost playing against my friends.

Amidst all the emotional revisits of favourite episodes and photo moments, there was also somewhere to eat and drink in the Central Perk-inspired café, with Monica’s Mac N Cheese and Joey’s favourite pizza on the menu. Taking centre stage was a familiar orange sofa – which featured in Central Perk and the opening credits. While chowing down on the snacks, we checked out the mini museum, featuring actual props from the show, including The Geller Cup and the VHS of ‘Buffay The Vampire Layer’.

What was notable about FriendsFest was how excited everyone was. People from different backgrounds and varying interests shared a common love of Friends with different props or pieces of furniture prompting people to quote lines from their favourite episode – ‘Pivot! Pivot! Pivot!’ Even the celebrities in attendance, such as Alesha Dixon, Michelle Keegan and McBusted’s Tom Fletcher, were free to let their public personas drop and enjoy a ‘fan girl or boy’ moment over a beloved show. For those lucky enough to get tickets, you’re in for a treat. 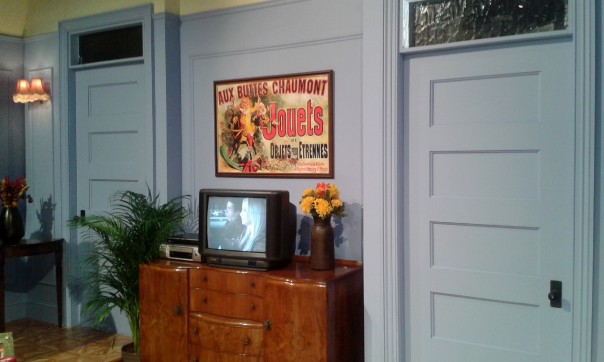 Posted on 16 Sep 2015, in Activities, Entertainment, Festivals, London and tagged Brick Lane, Spitalfields. Bookmark the permalink. Comments Off on It’s London baby! Central Perk comes to the capital at FriendsFest 2015.

← Open House London 2015: Highlights and advice on how to make the most of the weekend
Regency London, John Nash and the Third Reich | Visiting The Royal Society’s Carlton House Terrace →