The amazing history behind this old piece of flint. 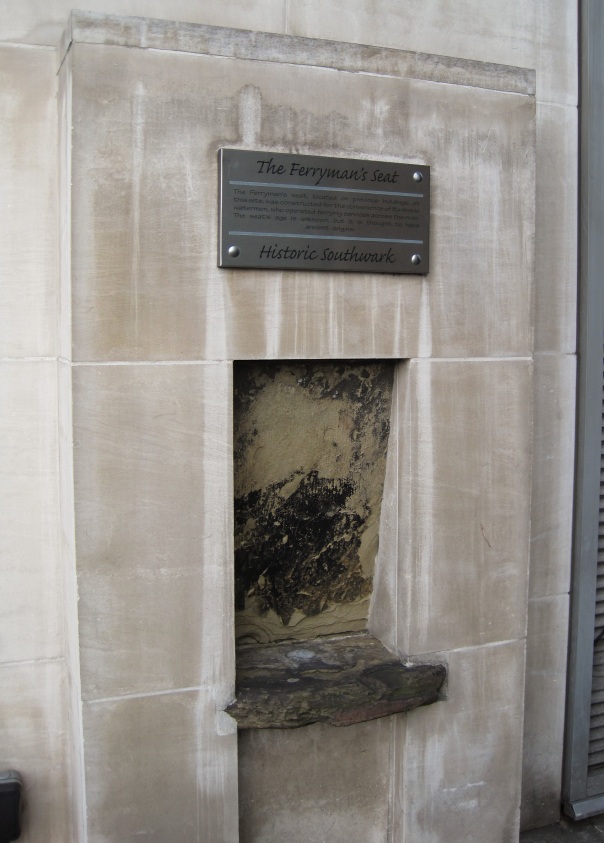 Hidden in the side of a chain restaurant on Bankside is a tiny part of London’s history. Embedded in the wall of The Real Greek restaurant at Riverside House on Bear Gardens is a slab of flint, called The Ferryman’s Seat. Although it’s long been out of use, it’s a hark back to a time when the River Thames was heaving with boat traffic at the peak of its use. 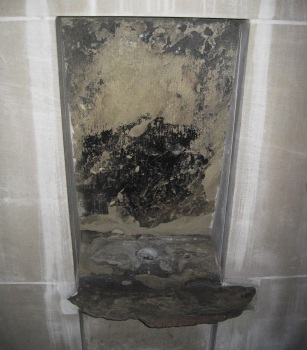 The seat’s age is unknown, but it’s likely to have been at Bankside for a few centuries at least

Prior to the 19th century, there were hardly any bridges in London, with London Bridge being the only permanent river crossing until old Putney Bridge was built in 1729. For hundreds of years, Londoners and visitors made do with just one bridge. It was only in the mid 17th century with the increasing use of horse and carriages that there became growing demand for another bridge. As an alternative to a bridge, ferrymen were used to transport people across the Thames, essentially providing a water taxi service. In the 16th century and early 17th century, Bankside was a thriving entertainment destination with its theatres, bear-baiting pits, inns and brothels, so ferrymen in the area would have been in high demand taking City-dwellers back and forth. The seat is erected on the entrance from the river walk to Bear Gardens – named after the Beargarden which stood in the area during the Elizabethan era, where bear-baiting and other animal ‘sports’ (eg. what today we would consider as animal cruelty) would take place. Within a short distance of the seat were the theatres The Hope (1614-42), The Globe (1599-1642) and The Rose (1587-1606), where plays by the likes of William Shakespeare and others would be performed. In 1628, there were a recorded 2,453 watermen working along the Thames. Transporting drunken patrons back to their homes on the north side of the river every night would have been quite a task for the ferrymen so it’s no wonder they would need a rest now and again. This unassuming piece of flint would have provided a small place to perch for these hard-working men as they waited for their fares. Although no one has been able to date this seat, it was previously erected on an older building before being protected and replaced on the modern Riverside House. 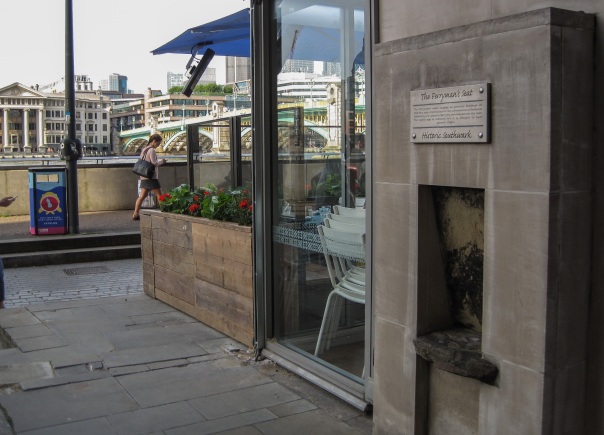 The seat is easily missed due to its hidden location

To read about the history of nearby 49 Bankside, an 18th century house, click here.

Posted on 27 Apr 2016, in History, London and tagged 16th century, Bankside, River Thames. Bookmark the permalink. Comments Off on The Ferryman’s seat: A hidden piece of Bankside’s history.