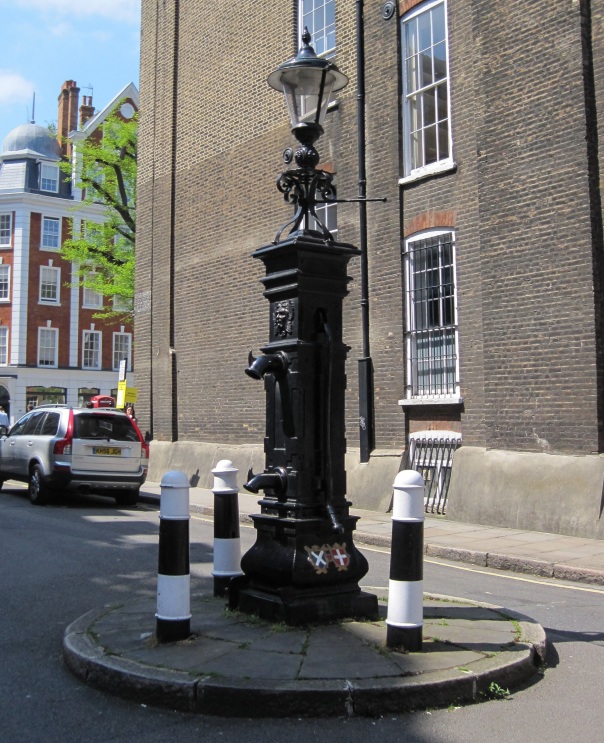 The 19th century water pump in Bedford Row, Holborn, has been converted into a street lamp

Long before the likes of Thames Water pumped water directly into our houses, Londoners had to rely on outdoor, public pumps for our essential utility. While these days, we have the luxury of running water inside, many of the outdoor pumps – mostly out of use – remain as part of London’s street furniture.

Located on Bedford Row – a predominantly Georgian road in the heart of London’s legal heartland – is one such remainder the early 19th century utilities. The road is named after the town of Bedford – the hometown of Sir William Harper (1496-1574), Lord Mayor of London in 1562. He bought 13 acres of land in Holborn in 1562, but later bequeathed the land to charities. The cast iron pump sits at the junction between Bedford Row and Brownlow Street, a few metres away from the Gray’s Inn – one of London’s four inns of court.

Built in 1826, the pump features intricate strapwork, two spouts, a handle and the arms of St Andrew and St George near the base. Back in the early 19th century, lawyers from the nearby inns and other locals would draw their water from the pump. Charles Dickens (1812-1870) worked as a junior clerk at Gray’s Inn in 1827-1828 so would have certainly used the pump as one time or another.

In the 20th century, the pump fell into disuse, with the local council adding a lamp to the top of it and surrounding bollards to protect it. It was Grade II listed in 1951.