Open House London 2016: Highlights and tips to make the most of the weekend 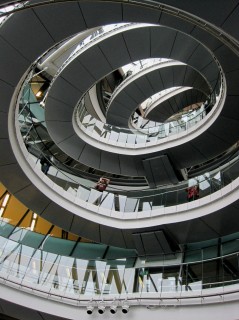 Visit buildings normally off limits to the public, such as City Hall

History and architecture buffs rejoice – Open House London is returning. Now in its 24th year, the weekend is essentially a festival of design and architecture. Over 17-18 September 2016, around 700 homes, government buildings, offices and more will open their doors to the public for free. While some will be fee-paying museums opening for free, there are also rare opportunities to visit some very special buildings, such as 10 Downing Street or the clock tower of St Pancras. Some buildings, such as the latter two I just mentioned, are entry by ballot or booking in advance. However, most you can just turn up and enter. Some popular venues, such as the Gherkin and the Billingsgate Roman Bath House, are likely to have a queue. With that in mind, here’s my guide to making the most of Open House London.

Tips to making the most of Open House London

Alexandra Palace. Visit the WW1 relics in the rarely-seen basement and see the progression on the restoration of the Victorian Theatre in this Victorian entertainment palace, built in 1873. Open Saturday 10am-4pm (pre-book 30 min tour in advance via the website). Alexandra Palace (meet on South Terrace for tours), N22 7AY. Nearest stations: Wood Green or Alexandra Palace.

A country windmill… hidden in the back streets of Brixton”

← Lighting up Old Street: The Art Wall installation at The Bower
Backyard Cinema Lost World: Watch your favourite action movie in a tropical jungle →
%d bloggers like this: