Review: A visit to Charles Dickens’ former home, which is now a museum. 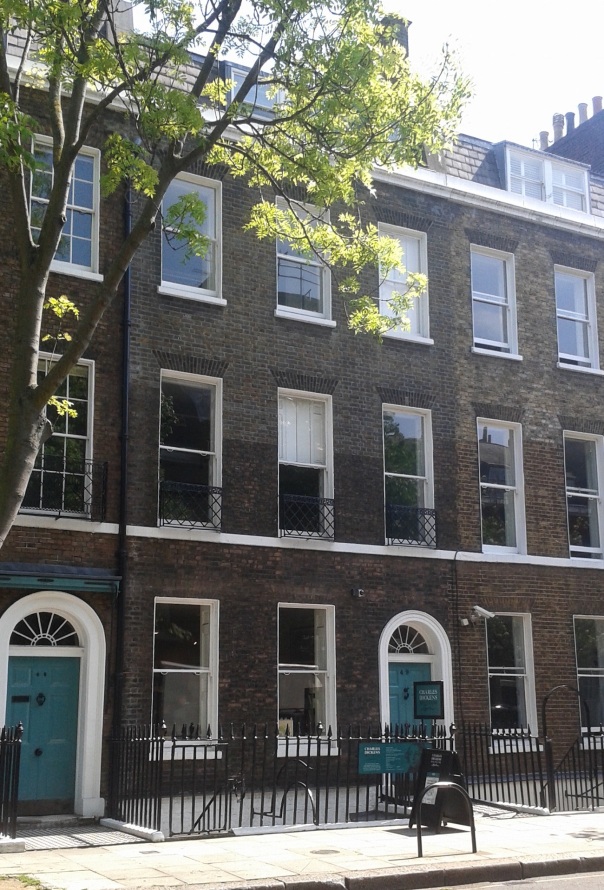 Charles Dickens is without a doubt one of our greatest authors. Although he was born in Portsmouth and died in Kent, he spent an awful lot of his life in London. During his decades in the capital, the writer lived in many residences, most of which no longer exist. 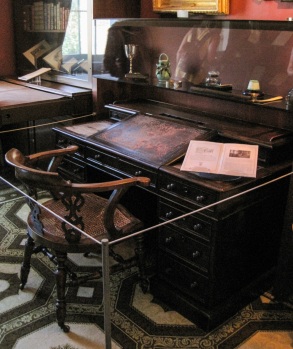 The desk where Dickens wrote Great Expectations, Our Mutual Friend and The Mystery of Edwin Drood

Today, the only remaining home is now a museum dedicated to his life and work. The author and his wife Catherine (1815-1879) moved to 48 Doughty Street in Bloomsbury in March 1837 – just a few months before Queen Victoria came to the throne. Previously they had been living in rented rooms at Furnival’s Inn in Holborn, but the birth of their first son Charles Jnr (1837-1896) meant they required more space. He signed a three-year lease on the five-floor Georgian terrace, costing around £80 a year. Built in 1807-9, the building is now Grade I-listed.

During the Dickens family’s three years in Doughty Street, Catherine gave birth to their eldest daughters Mary (1838-1896) and Kate (1839-1929), as well as raising their son Charles Jnr. Mrs Dickens’ 17-year-old sister Mary Hogarth also lived with the couple to help them with their expanding brood. Charles became very attached to his sister-in-law and she died in his arms following a short illness in May 1837. She is believed to have inspired several of his characters, including Rose Maylie in Oliver Twist and Little Nell Trent in The Old Curiosity Shop, among others. 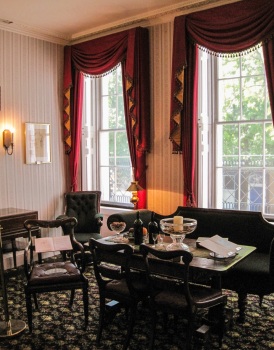 While living at the Bloomsbury terrace, Dickens completed The Pickwick Papers (1836), wrote Oliver Twist (1838) and Nicholas Nickleby (1838–39) and started on Barnaby Rudge (1840–41). As he became more successful in his career and his family expanded, Dickens and the family left Doughty Street in December 1839 and moved to the grander 1 Devonshire Terrace in Marylebone. They lived at Devonshire Terrace until 1851 before moving on to Tavistock House, where the family remained for a further nine years. One Devonshire Terrace was demolished in the late 1950s and now an office block called Ferguson House stands on the site on Marylebone Road.

While most of Dickens’ London residences are long gone, the Doughty Street premises nearly ended up consigned to the history books as well. By the 1920s and 1930s, demolition of Georgian properties was becoming popular with the government, the majority of those being part of the ‘slum clearance’ programme. Many homes from this period had not been maintained well over the decades, providing unsanitary and unsafe living quarters for predominantly poor Londoners. Forty-eight Doughty Street was ear-marked for demolition in 1923, but was fortunately saved by the Dickens Fellowship, founded 21 years earlier. They managed to buy the property and renovate it, opening the Dickens’ House Museum in 1925. In 2012, the museum was re-opened following a £3.1million restoration project and now encompasses neighbouring No.49.

After having it on my ‘to do’ list for some time, I finally paid a visit recently and really enjoyed it. Upon entry you are given an audio tour which guides you around the five floors, including the kitchen and the attic. The museum really brings to life the man behind the books – his complicated private life, his feelings about his tough childhood and his many inspirations. The rooms have been decorated as the author may have known it, in a typical Victorian style and often with his actual furniture – many of which had been bought from Gad’s Hill Place – the Kent home where the author died in 1870. If you’re a fan of Dickens or history, I highly recommend a visit. 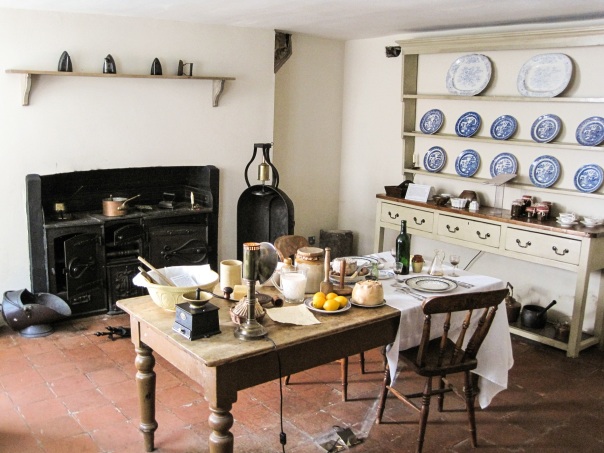 For a guide to London’s Dickens landmarks, click here.

Read about the history of, Marshalsea Prison, where Charles’ father John was imprisoned for debt.