← The façade of the Cock and Hoop Tavern: A crime against architecture
A night of Forties fun and frolics at Cahoots Underground Knees Up →

‘No Turning Back: Seven Migration Moments that Changed Britain’: New exhibition at the Migration Museum 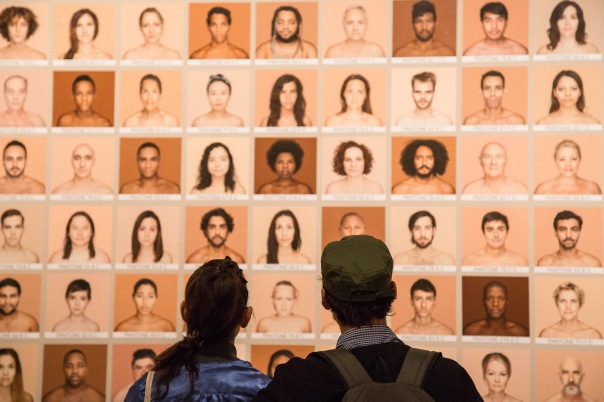 Humanae by Angélica Dass at the No Turning Back exhibition at the Migration Museum.
© Juan Miguel Ponce

Migration is a huge topic of conversation right now as the Brexit process continues to rumble on amidst much confusion. Whatever happens, it is likely to have a big impact on the cultural make-up of Britain going into the future. Earlier this year, the Migration Museum opened with an aim to explore the way the movement of people has shaped our country.

Launching this September is the Museum’s latest exhibition No Turning Back: Seven Migration Moments that Changed Britain. As we gear up for Brexit, the exhibition looks back at seven turning points in Britain’s history which have changed its people and communities.

The exhibition features the expulsion of England’s entire Jewish population in 1290 to the first East India Company voyage to India in 1607. Meanwhile, the 20th century saw the Rock Against Racism movement of the late 1970s and the 2011 census showing a large amount of Brits identifying as ‘mixed-race’. The periods are explored through personal stories, commentary, photography and art. The exhibition aims to depict the variety of reasons people decided to come and leave the UK and the difficulties experienced during their journeys.

Barbara Roche, chair of the Migration Museum Project, said: ‘No Turning Back encapsulates what the Migration Museum for Britain that we are creating is all about – providing a cultural space for exploration of how immigration and emigration across the ages has shaped who we are today as individuals, and as a nation. Britain’s migration history is as complex as it is long, with generation after generation facing challenges, sometimes acceptance and sometimes hostility. Against the current backdrop of fierce national debate, the need for exploration of this important theme that connects us all could scarcely be greater.’

For the latest what’s on in London guide, click here.

← The façade of the Cock and Hoop Tavern: A crime against architecture
A night of Forties fun and frolics at Cahoots Underground Knees Up →
%d bloggers like this: