← Beauty And The Feast review: A fabulous and playful immersive, theatrical dinner experience
Guide to what’s on in London in November 2017 →

Discovering the origins of Somerset House on the Historical Highlights Tour

Learn about the history of Somerset House on a free tour. 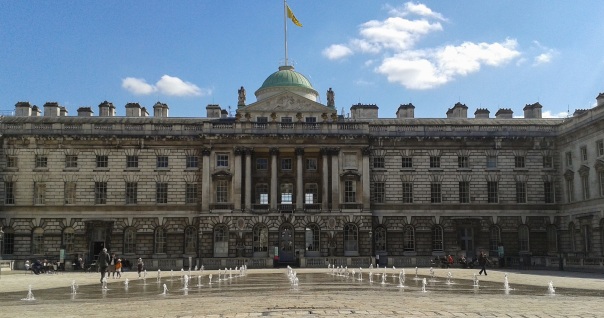 Somerset House is one of my favourite London buildings. It’s so versatile, full of history, is beautiful to look at and has a wealth of entertainment and art options. The current building we see today dates back to the 18th and 19th century, but its history goes way back to the 16th century. With over 450 years of history on the site, there’s a lot to take in. However, the Historical Highlights Tour, which takes place every week is a good place to start. 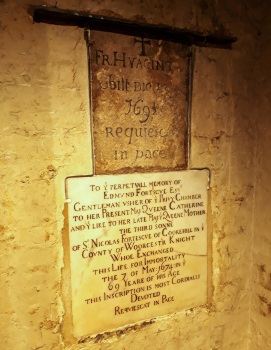 The first large house on the site was a two-storey property, which started to be built in 1547. It was a home for the Edward Seymour, 1st Duke of Somerset (1500-1552), who was given the land by his brother-in-law King Henry VIII. He served as Lord Protector of England for the first two years of his nephew King Edward VI’s (1537-1553) reign from 1547-1549, who was only nine when he came to the Throne. However, Somerset was overthrown in October 1549 and was executed on Tower Hill in 1552. His house, known as Somerset Place, was taken into the crown’s possession, with the future Queen Elizabeth I (1533-1603) living there during her half-sister Queen Mary’s (1516-1558) reign. However, the house hadn’t been completed decades later, with 16th century historian John Stow (1524/25-1605) referring to Somerset Place as still ‘yet unfinished’ in 1598 – over 50 years after building work started.

By 1603, Anne of Denmark (1574-1619), Queen Consort to King James I of England (or James VI of Scotland) was given Somerset Place for her London residence, with it renamed Denmark House in her honour. Anne enrolled architect Inigo Jones (1573-1652), among others, to make some improvements and additions to the long neglected house. Following Anne’s death, Jones designed a chapel in 1636 where her daughter-in-law, Henrietta Maria of France (1609-1669), wife of King Charles I, could quietly worship as a Roman Catholic, when Protestant was the dominant religion of the time. A small cemetery was established outside the chapel, with some of the 17th century gravestones being shown during the tour. 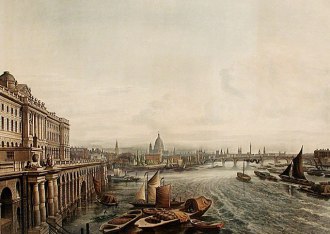 Denmark House was taken away from the royals during the English Civil War in the 1640s with General Thomas Fairfax (1612-1671) establishing the headquarters of the Parliamentary Army there. Parliament tried and failed to sell the extensive property in 1649, but subsequently ended up raising a lot of money by selling off the contents instead. The body of Oliver Cromwell, who served as Lord Protector of the Commonwealth following the Civil War, lay in state in Somerset House following his death in 1658.

Following the Restoration in 1660, Henrietta Maria returned to Somerset House and continued with her extensive rebuilding plans, using some of Jones’s designs, who had passed away at Somerset House eight years earlier. However, Henrietta never got to see her plans completed as she returned to France in 1665, blaming her Bronchitis on the damp English weather. In 1685, Sir Christopher Wren was called in to refurbish Denmark House for Catherine of Braganza (1638-1705), widow of King Charles II, who had lived there on and off. She finally moved out in 1693 and was the last royal to ever live in the property. Over subsequent decades, the building was used as apartments, stables, offices and storage. However, it wasn’t cared for and decayed over the years, before being demolished in 1775. 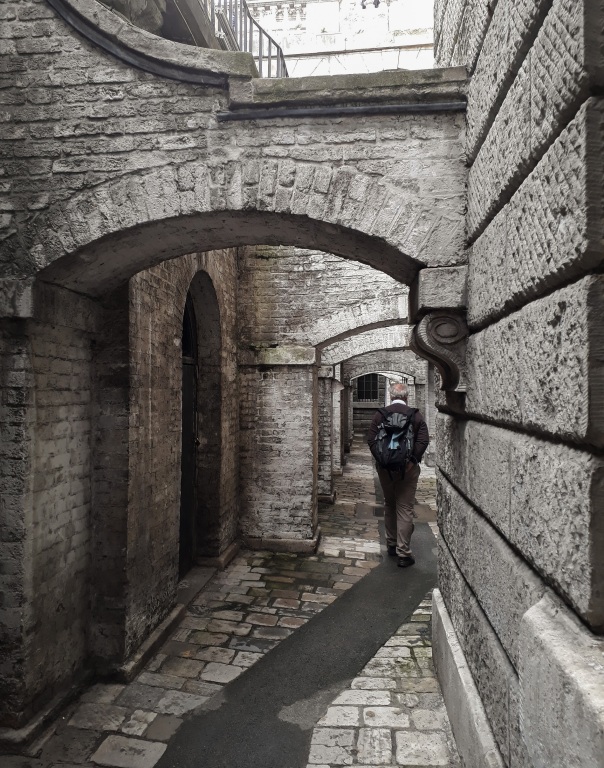 The Government thought London was lacking in grand public buildings and it was decided the site of Somerset House would be perfect for the public offices for the likes of tax, the Royal Navy and the Bargemaster, among others. Scottish-Swedish architect William Chambers (1723-1796) was enlisted to design the new project, which would take over the last two decades of his life. Chambers enlisted the assistance of engineer Thomas Telford (1757-1834) and Thomas Hardwick Jnr (1752–1829) to create his Neoclassical wonder. The North Wing (facing The Strand) was the first part completed in 1780, with the Royal Academy of Arts moving in, followed closely by The Royal Society and the Society of Antiquaries. The South Wing was completed in 1786, meeting the River Thames. The current Victoria Embankment did not exist at the time, so the Thames went right up to Somerset House’s southern façade. The South Wing featured three arches to allow boats to pull in and dock. Chambers did not get to see his grand work completed, with building continuing under the supervision of James Wyatt (1746-1813) after his retirement in 1795 before he died a year later. Somerset House was finally deemed complete in 1801, at a total cost of £462,323. 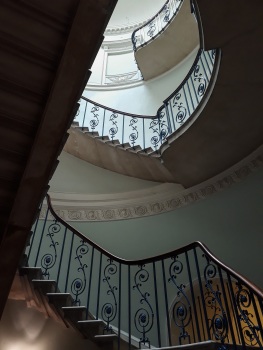 With various societies moving in and out over the years, Somerset House’s long association with taxes was cemented when the Stamp Office and the Board of Taxes merged with the Board of Excise to become the Inland Revenue in 1849, who remained at Somerset House for over 150 years. Around this time, work started on the New Wing, designed by James Pennethorne (1801-1871), which was completed in 1856. The building of the Victoria Embankment in 1864-1870 narrowed the Thames and separated Somerset House from the water. Perhaps the lack of affinity with the water prompted the departure of the Admiralty in 1873.

During World War II, Somerset House’s South Wing was extensively damaged by a bomb in October 1940. The Nelson rotunda staircase was largely destroyed, but was reconstructed to great acclaim by architect Albert Richardson (1880-1964) in 1952 and still stands today.

While Government offices eventually moved out, today Somerset House is famous for being a home to arts and entertainment – coming full circle since the Royal Academy of Arts were one of the first residents of the current building. Somerset House hosts exhibitions and festivals throughout the year, as well as open-air cinema screenings, concerts and ice-skating in its famous courtyards. It’s also home to several eating and drinking establishments, with many alfresco seating in the courtyard and terrace overlooking the Thames.

The tour, which runs several times a day on Thursdays and Saturdays, takes in the building’s stunning staircases – the Nelson and Stamp stairs covering five-storeys – and the recent addition of the Miles Stair in the West Wing by Czech architect Eva Jiricna. The tour takes in many areas off-limits to the general public, including under the Victoria Embankment entrance, the atmospheric light wells and the 17th century gravestones in the ‘dead room’. There’s a lot to take in and covers a lot of ground in this large site, but is a great way to get a good overview of this beautiful building and its layers of history. 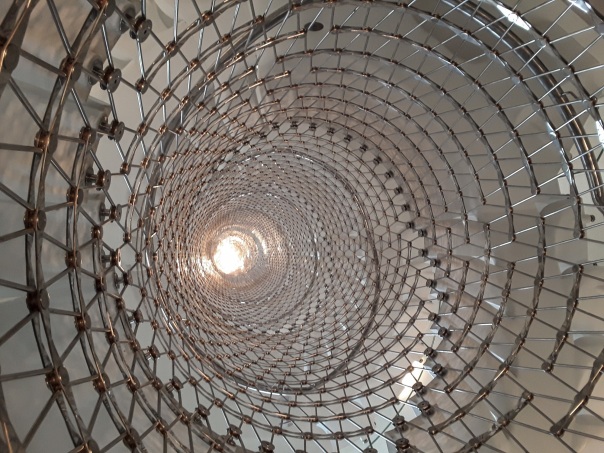 To find out about the ‘Roman bath’, the old Somerset House feeder cistern, click here.

← Beauty And The Feast review: A fabulous and playful immersive, theatrical dinner experience
Guide to what’s on in London in November 2017 →
%d bloggers like this: