Where to find lavender fields near London

Guide to the closest lavender fields to London, including opening hours, transport options and more 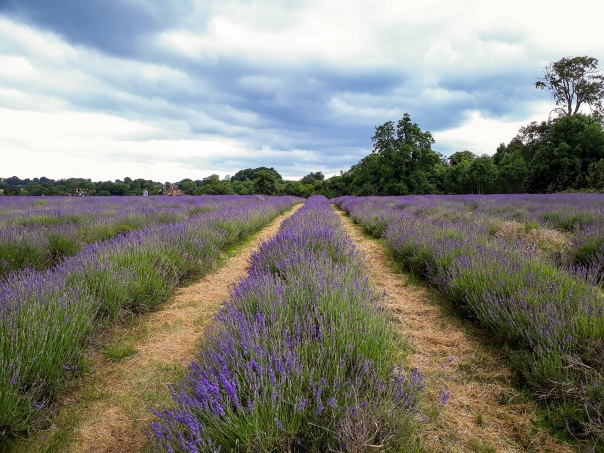 Scrolling through your social media feeds recently, you may be seeing lovely shots of people running through lavender fields. Obviously, an over-crowded metropolis like London doesn’t have the room for huge fields, but there are several of these floral paradises just outside the capital. Lavender season is usually from late May until September, with July to August the best time to visit. As these tend to be in the countryside, it’s advisable to go via car if you can, however some public transport routes have been detailed below. The fields are all family-friendly so it’s a great day out with the children during the summer holidays.

Despite some London guides claiming this is in Croydon, it isn’t. Located in the Surrey Downs, in the London Borough of Sutton, it’s at least a 45 minute commute from Croydon town centre on public transport. Mayfield has 25 acres of fields with an Insta-tastic red phonebox and tractor for those perfect poses. It also has a shop selling lavender products and a café, serving drinks and snacks, many featuring lavender flavours. Find out more on their website. Check out Metro Girl’s blog post about her visit.

Getting there by public transport: The nearest train stations are Chipstead (42 mins from London Bridge) or Banstead (56 mins from Victoria), before a short bus ride (166) or a 40-45 minute walk. Alternatively you can get the 166 bus earlier on its route from West Croydon which takes about 45 minutes.

Situated north of the capital in Hertfordshire, Hitchin boasts 25 miles of rows from which you can pick your own lavender. It also features a sunflower field and wildflower area. There’s a 17th century barn on-site selling lunches and cakes, as well as a shop. Find out more on their website.

Getting there by public transport: From King’s Cross mainline, you can get a Thameslink train to Arlesey (54 mins). From there, take the 72 bus to ‘The Green’ stop, a few minutes walk from the field.

Castle Farm in Kent is home to the largest lavender farm in the UK with over 95 acres of the purple stuff! Their Hop Shop is open all year round, selling lavender and other farm products. You can only visit the fields on a guided group tour or a sunset pop-up picnic. Check out their website to find out more.

Getting there by public transport: From Blackfriars, you can get a Thameslink train to Eynsford (55 mins) or Shoreham (59 mins). From either, there are several bus routes (approx. 15 mins) going to the Hop Shop.

This is a lot further afield in Hampshire, but if you’re willing to make the journey, you may find it quieter than the ones closer to London. There’s an on-site shop open from mid-April under late September, but the lavender fields are only accessible during their open days. Check out their website to find out when their open days are taking place.

Getting there by public transport: From Waterloo, you can get a South Western train to Petersfield (1 hour). From there, take the 38 bus to the ‘Hartley Park Farm’ stop.

Purple haze | Run through fields of lavender at Mayfield Farm

The red house in Spitalfields | The story of No.4 Princelet Street

For the latest’s what’s on guide to London, click here.

Posted on 20 Jul 2018, in Activities, Families, Tourist Attractions and tagged lavender, Things to do in London, What's On Guide. Bookmark the permalink. 3 Comments.

← 33-35 Eastcheap | This former Victorian vinegar warehouse is far from sour
Spice up your kitchen reportoire with the ‘Migration of Taste’ cooking demos at Borough Market →
%d bloggers like this: