← Hipchips review: Premium chips and gourmet dips at this casual snacking destination
Guide to what’s on in London in September 2018 →

Find out the history of the Victorian masterpiece Crossness Pumping Station and how to visit. 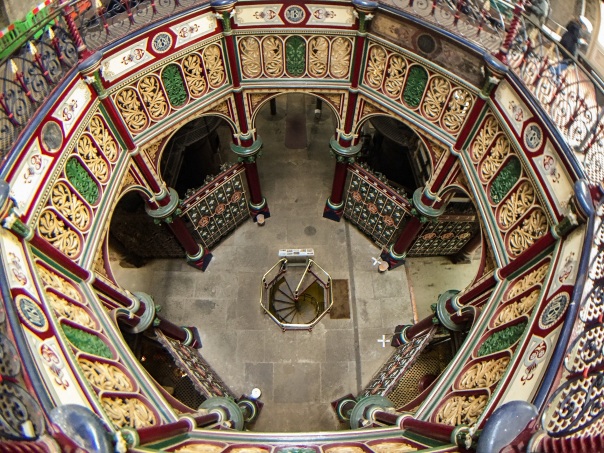 The word ‘sewage’ doesn’t bring up many positive associations. If we were to list the pros and cons of life, human waste is right at the bottom of the pile. It’s a subject we generally like to avoid and try not to spend much time thinking about. However, as over 8 million of us are cramming into the 611 square mile space we call London, a working sewage system is one of our most important utilities. Back in Victorian London, the Industrial Revolution had caused a huge population boom in the capital and the amenities were struggling to cope. The streets and rivers of the city were streaming with rubbish and human excrement… pretty disgusting and a breeding ground for disease. The frequent outbreaks of Cholera were blamed on the inhalation of ‘bad air’. Of course, it was physician Doctor John Snow (1813-1858) who found it was spread by contaminated water, not oxygen. The River Thames was essentially an open sewer and was so toxic it was unable to sustain fish or wildlife. The existing sewers built in the 17th and 18th century were in a bad state and were unable to cope with a population which had nearly tripled to 3 million. However, it wasn’t until ‘The Great Stink’ in summer 1858, when the hot weather exacerbated the smell of the capital’s untreated waste, that the Government finally took action.

Step forward civil engineer Sir Joseph William Bazalgette (1819-1891), who was the Chief Engineer for the Metropolitan Board of Works at the time of the Great Stink. He had already been working for years on plans to revolutionise London’s sewer system and came up with a solution to create a network of smaller sewers feeding into a network of larger sewers. The Government finally gave Bazalgette the OK for his ambitious plan, with work commencing in 1859. The scheme involved 1,100 miles of street sewers feeding into 82 miles of main interconnecting sewers, with pumping stations located both sides of the River.

The restoration has revealed the stunning Victorian decoration 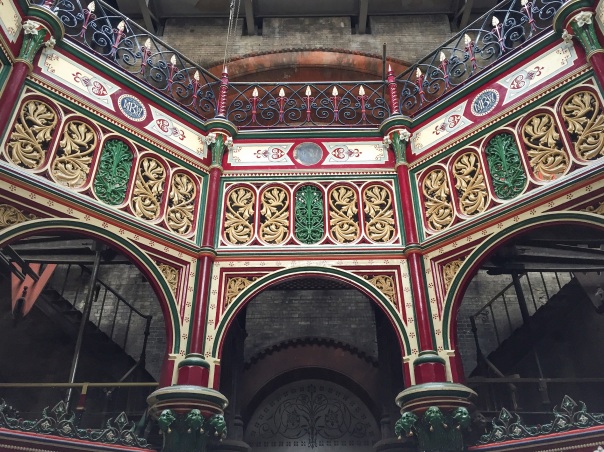 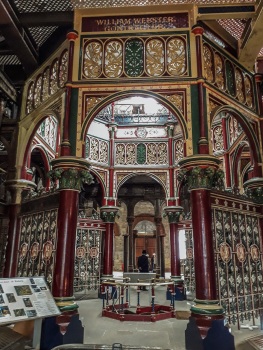 The striking centre piece of the engine house

One of these pumping stations was Crossness, built in Abbey Wood in south-east London. The large site contained a beam engine house, boiler house, 208ft chimney, workshops, a 25 million gallon covered reservoir and homes for the employees. Crossness was designed by Bazalgette and architect Charles Henry Driver (1832-1900), with James Watt & Co building the four, huge beam engines, named Victoria, Prince Consort, Albert Edward and Alexandra respectively. Crossness was opened on 4 April 1865 by Edward, Prince Of Wales (future King Edward VII). As London’s population rapidly expanded, the need for an even more advanced sewage system grew. Crossness was further extended in 1895 with the addition of a triple extension engine house on the front of the original. This featured two triple expansion engines and reciprocating pumps. In 1916, it was extended again as 4 superheated boilers were added. However, by the 1940s, the beam engines were hardly used and eventually Crossness was closed in the 1950s with its chimney demolished in 1958. It was Grade I listed by Historic England in June 1970. Crossness has been under the care of the Crossness Engines Trust since it was founded in 1987.

The huge machinery of the pump house on the upper floor

In addition to the great technological advancements for the capital’s waste removal, Crossness is noted for its architectural design. The two-storey, yellow brick building features a Romanesque style exterior – falling under the popular neo-Gothic look favoured by Victorians. However, when you step inside, it’s the multi-coloured cast iron metalwork inside that really impresses. A lot of it has been restored and repainted in its original colours of red, green and yellow. However, the Trust has also left some details unrestored so you can compare the difference over a century makes.

Today, Crossness is occasionally open to the public at special open days or Open House London, with an accompanying ‘Great Stink’ exhibition telling the story of London’s sewer system. It’s also used as a film or television location, such as Sherlock Holmes (2009), Victor Frankenstein (2015) and The Crimson Petal And The White (2011). Be prepared to wear a hard hat and comfortable shoes for your visit.

The building’s exterior is Romanesque style

Holborn Viaduct: The history of London’s first flyover with a royal seal of approval

← Hipchips review: Premium chips and gourmet dips at this casual snacking destination
Guide to what’s on in London in September 2018 →