← A slice of Cuba in London with music, food, cocktails and more at Last Nights Of Havana
The Savoy launches The Tiger Who Came To Tea afternoon tea for families →

An architectural remainder of the former City Bank Ltd. 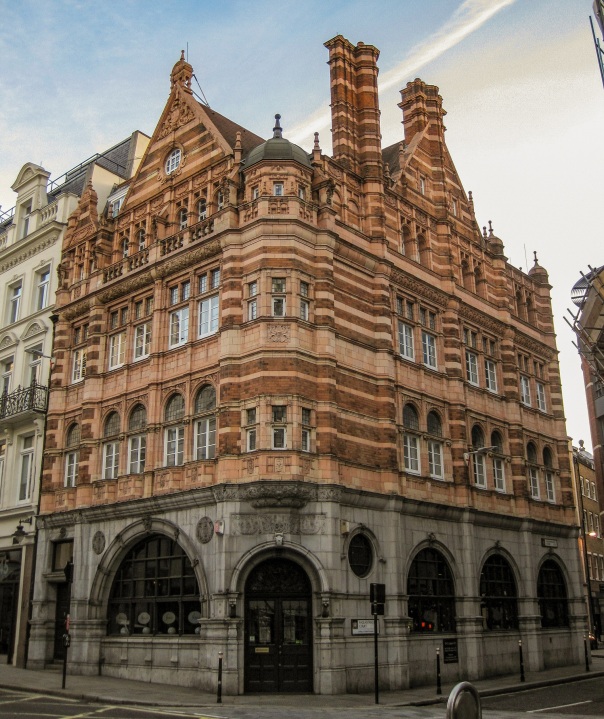 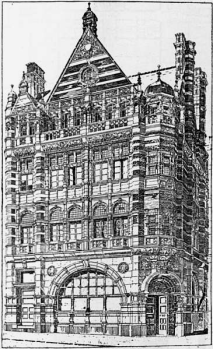 The City of London is full of old buildings originally designed to be banks. In the 21st century, there are significantly less banks and building societies due to various takeovers and mergers and the growing popularity of online banking. While many brand names have died out, some former Victorian and Edwardian bank buildings still survive today. Back in the 18th and 19th century, the sheer volume of banks meant they had to stand out amongst the competition. As their directors attempted to attract rich customers, their buildings needed to exude luxury and stability so many hired top architects to make sure their HQs and branches really looked the part. With considerably less banking names existing today, their former buildings have been repurposed for new businesses, restaurants and bars, with many keeping their original features.

One such former bank no longer offering financial services is the former Ludgate Hill branch of the City Bank. Now a wine bar, this Victorian building certainly stands out as one of the most attractive buildings on Ludgate Hill. Known by many as the road leading toward St Paul’s Cathedral, Ludgate Hill is one of two London hills where the original Roman settlement of Londinium was founded in the 1st century. Around 200AD, Lud Gate was constructed – one of seven gates into the walled city. The Lud Gate was rebuilt in 1215, with its upper rooms used as a prison by the 14th century. After being rebuilt again in 1586, it lasted nearly two centuries before Ludgate and the remaining city gates were all demolished in 1760. A plaque on St-Martin-within-Ludgate church marks the location of the Ludgate, although a stone remainder of the gate is thought to survive on the eastern corner of Pilgrim Street just 100ft away. Although the gate is long gone, its name lives on in Ludgate Hill. 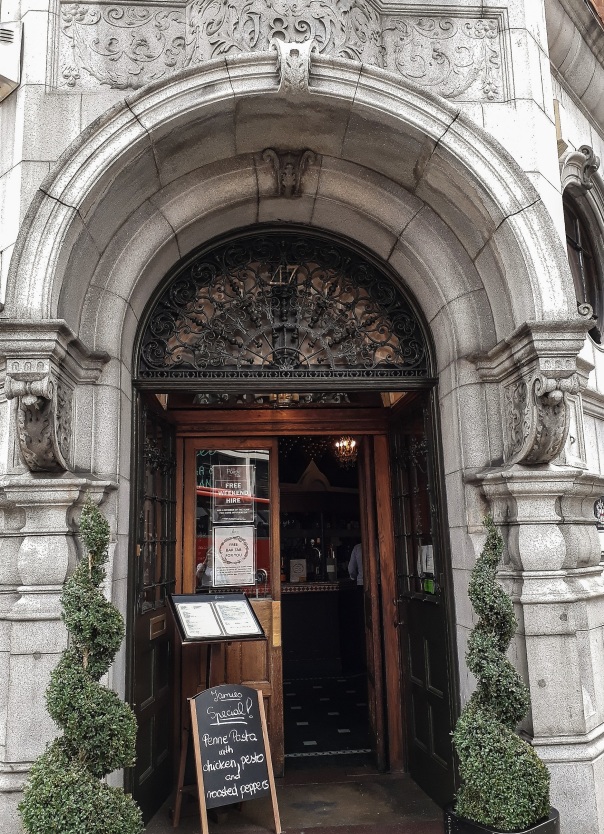 Looking up at the red brick and terracotta exterior

With the City being the commercial heart of the capital, there were a host of banks to cater for the multiple businesses nearby and the booming population in the 19th century. One such financial institution was City Bank Ltd, which was founded in 1855 by stockbroker and future Lord Mayor of London, Sir Robert Walter Carden (1801-1888). Its stunning palazzo-style headquarters at 5-6 Threadneedle Street were built in 1856 by architect W Moseley and still remain today as the 5-star Threadneedles Hotel. By 1863, the bank had deposits to £3.5million and was acting as a London correspondent for 40 foreign banks, so they could provide finance for international trade. It became a limited company in 1880 and by 1894, it had 14 branches across London, including suburban outposts in Croydon and Bromley. One of its original branch buildings (built 1889) can still be seen today at 138 Shaftesbury Avenue at Cambridge Circus.

This is where we come to one of City Bank’s former branches at 45-47 Ludgate Hill. It was built in 1891 by architect Thomas Edward Collcutt (1840-1924). Oxford-born Collcutt was a high-profile Victorian architect, who designed some of the capital’s most important buildings, including the Palace Theatre, the Savoy Hotel and Lloyd’s Register of Shipping. The City branch was in a 16th century Flemish style on the corner of Ludgate Hill and Ludgate Court (the latter being renamed Pageantmaster Court in 1993). The ground storey is made of grey granite with a canted corner entrance, while the upper storeys feature a mix of red brick and pink terracotta. The western side is topped by a polygonal turret with copper dome. 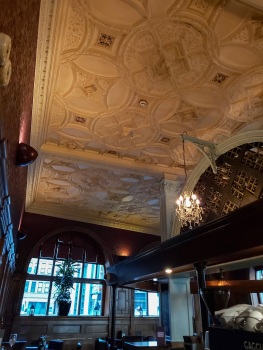 Jamie’s Bar features a lot of the original interiors

As the 1890s progressed, City Bank was struggling to compete with larger London banks. Step forward Midland Bank, which had originally been founded in Birmingham in 1836 and had expanded to the capital in 1889 when it acquired the Central Bank of London, becoming London and Midland Bank. In 1898, silk manufacturer and insurance underwriter James Engelbert Vanner (1834–1906), who was a director at City Bank, led the amalgamation between London And Midland Bank with City Bank. Sir Edward Holden (1848-1919) became the managing director of the expanded bank, which was renamed London, City and Midland Bank and was by then the fourth largest in Britain. Acquiring City gave Midland an advancement into foreign banking. City’s grand headquarters in Threadneedle Street became LC&M’s HQ. It was shortened to Midland Bank in 1923 and became HSBC in 1999, which is now one of the world’s biggest financial institutions and continues to trade globally today. A photo taken in 1969 shows the building with a Midland Bank sign.

The Ludgate Hill branch of City Bank was Grade II listed in June 1972 and restored in 1990 by Archer, Boxer & Partners. Today, it’s home to Jamie’s wine bar and features many original details. Entering the ground floor, the main bar is situated exactly where the bank counter was. You can still see the original ceiling, columns and wood panelling from its days as bank (click here for a photo of the bank interior in 1902 from George R Sims’ book Living London). You can also visit the basement Club Room for a game of pool or billiards.

Posted on 7 Oct 2018, in Architecture, History, London and tagged City of London, Victorian. Bookmark the permalink. Comments Off on 45-47 Ludgate Hill | A Victorian bank masquerading as a wine bar.

← A slice of Cuba in London with music, food, cocktails and more at Last Nights Of Havana
The Savoy launches The Tiger Who Came To Tea afternoon tea for families →