← Merry Christmas to MOAMG readers and some tips if you’re staying in London
Happy New Year! A look back on blogging in 2018 →

One of London’s hidden rivers is flowing through one of the capital’s busy tube stations. 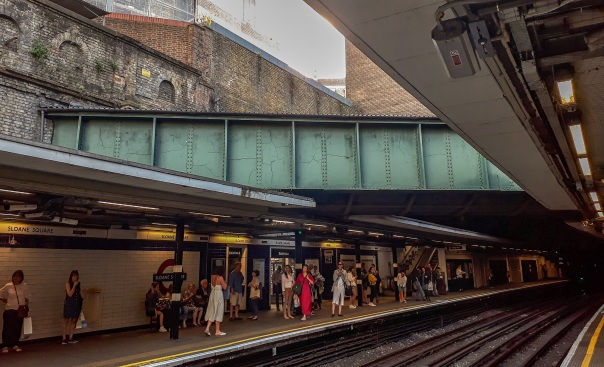 London is home to many ‘hidden’ rivers. Many of these became subterranean in the 19th century as the capital’s population boomed. A host of tributaries of the River Thames and River Lea have been forced underground and now exist in pipes. While most of the secret rivers aren’t visible to most Londoners today, there is one river you can see (sort of). 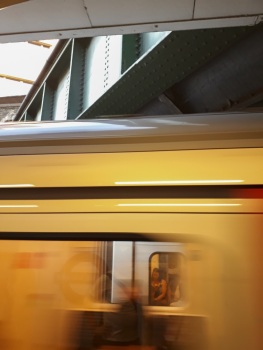 The River Westbourne was originally named Kilburn – originating from ‘Cye Bourne’, which means ‘royal stream’. It rises in the Whitestone Pond in Hampstead and flows south through Kilburn, Bayswater, Hyde Park and Chelsea, before discharging in the River Thames near Chelsea Bridge. One of the crossings over the Westbourne was the Knights’ Bridge, a name dating back to at least the 11th century. Although the bridge is long gone, its name lives on in the district of Knightsbridge. There was another bridge crossing the Westbourne in the Sloane Square area named Blandel Bridge, later being renamed as Grosvenor Bridge.

The Serpentine lake in Hyde Park was formed in 1730 when King George II’s wife Queen Caroline (1683-1737) ordered the damning of the Westbourne. The river continued to supply the Serpentine until 1834, when it was deemed too polluted, so Thames water was used instead.

London’s population boom in the 19th century prompted widespread development. Increased residential dwellings popping up in the areas surrounding the Westbourne in Paddington, Chelsea and Belgravia, led to the decision to drive the Westbourne underground. The water was directed into pipes in the early part of the 19th century.

Today, commuters who use Sloane Square tube station can see the River Westbourne crossing the platform and tracks in a pipe. A large iron pipe suspended from girders carries the Westbourne through Sloane Square station, which was opened in December 1868. The pipe is the original one from the 19th century and managed to escape damage when the station was bombed during World War II in November 1940. 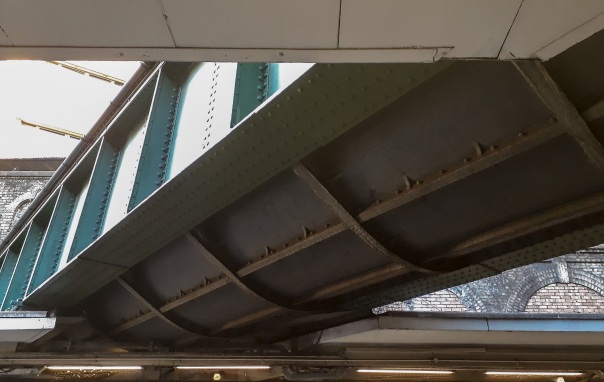 The Westbourne was forced underground in the early 1800s

Blooming lovely | A visit to the RHS Chelsea Flower Show 2016

← Merry Christmas to MOAMG readers and some tips if you’re staying in London
Happy New Year! A look back on blogging in 2018 →
%d bloggers like this: