PsychoBarn at the Royal Academy: A slice of Hollywood horror on Piccadilly

PsychoBarn in the courtyard of the Royal Academy of Arts

Standing in the courtyard of the Royal Academy of Arts this winter is a piece of Hollywood horror. Transitional Object (PsychoBarn) is an architectural installation by English artist Cornelia Parker. The 30ft high structure is inspired by the Bates Motel in Alfred Hitchcock’s 1960 classic Psycho. The house in the movie, where Norman Bates lived with his mother Norma, was modelled on Edward Hopper’s 1925 painting, the House By The Railroad.

Parker’s scaled-down structure was first exhibited on the roof of New York City’s Metropolitan Museum of Art in 2016. It was erected in London in September 2018 and will remain in situ until March 2019. Transitional Object is not a real building, but a façade. While it looks like a traditional, all-American red barn, the dark windows, distressed paintwork and little signs of ‘life’ give it a creepy vibe – much like the house in the film. 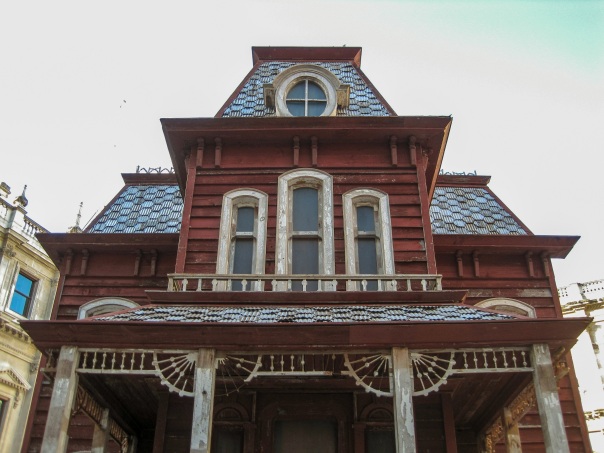 The piece was first exhibited in New York

For a guide to what’s on in London in March, click here.

Posted on 2 Jan 2019, in Architecture, art, London, Tourist Attractions and tagged Piccadilly, Royal Academy of Arts. Bookmark the permalink. Comments Off on PsychoBarn at the Royal Academy: A slice of Hollywood horror on Piccadilly.