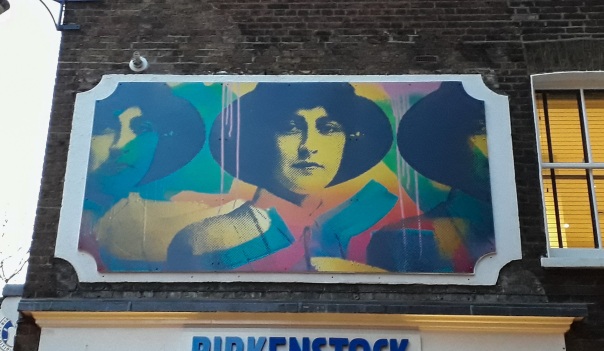 On show in Seven Dials for a limited time only is a celebration of one of the country’s most successful authors. Artist Iona Rowland has created an artwork marking the 90th anniversary of Agatha Christie’s novel The Seven Dials Mystery. The detective story was one of Christie’s early works and was published in January 1929. Among the characters included Lady Eileen (Bundle) Brent, who also appeared in the author’s 1925 tale The Secret Of Chimneys.

Rowland’s artwork features silk screen prints of a 1926 photograph of Christie. The piece, which was unveiled in January 2019, is on show until spring 2019 on Shorts Gardens – leading to the Seven Dials district of the West End. Once the art comes down, it will be auctioned for charity.

For the latest what’s on guide in London, click here.