How to make the most of one of London’s most fascinating and photogenic festivals. 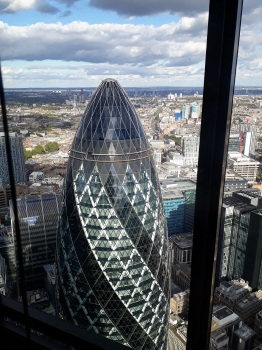 View of the City from the Leadenhall Building

Open House London is a must-do for any lovers of architecture, history… or just London really! Whatever your taste in design, you can be guaranteed to find a building that appeals. To those uninitiated, Open House London is a two-day long festival of architecture, when hundreds of buildings open their doors to the public for free. It could be a chance to step inside a government building, a City of London skyscraper, an art deco masterpiece or a brutalist icon – places that would normally be off-limits to visitors.

This year’s Open House London is the 27th and takes place from 21 – 22 September 2019. Over 800 buildings are taking part in the event, with most of these accessible to those who just turn up. However, there are some special buildings – such as 10 Downing Street. the new US Embassy and the BT Tower – which are balloted entry only, so you need to apply before the beginning of September to be in with a chance. There are some other buildings which have limited numbers so offer time slot bookings in advance.

Top 10 tips on making the most of Open House London

← Dirty Martini Summer Drinks review: Enjoy a colour injection in your gin with ‘Pink’ or ‘Orange’
Explore 125 years of Tower Bridge with special after-hours talks this autumn →
%d bloggers like this: