← Open House London 2019: Tips and highlights of the annual architecture festival
Guide to what’s on in London in September 2019 →

Learn about the history, people and architecture of a London landmark at special late-night openings of Tower Bridge. 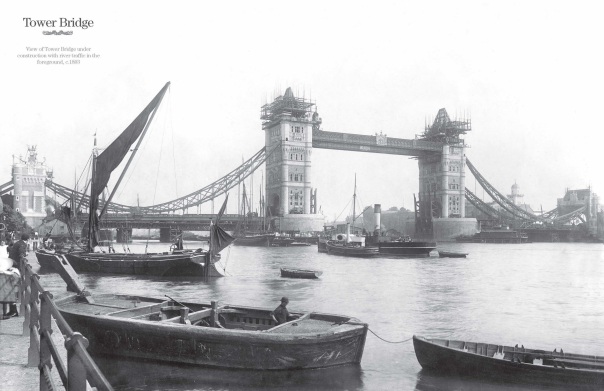 Tower Bridge is one of London’s most iconic sights. Instantly recognisable the world over, the bascule and suspension bridge is one of the most photographed landmarks in the capital. To mark the bridge’s 125th anniversary, there will be a series after-hour talks for Londonphiles.

Kicking off in September and running until December 2019, each session will invite experts to share their knowledge and skills in a specially-curated event which explores the history of Tower Bridge. Each experience will last an hour and take place in the new Learning Space, high up in the South Tower. Film, food and art are among the themes explored over the talks.

The Illuminated River Project is a London wide public art commission that will transform the capital at night, lighting up 15 bridges across the River Thames. Once complete, the project will be the longest public art project in the world. Join Director Sarah Gaventa and Project Architect Chris Waite at the Bridge to explore the ambitious decade-long public art project and how Tower Bridge will shine in its role.

Dr Jennifer Freeman, architectural historian and writer, and a specialist in ‘at risk’ conservation buildings will guide guests through the extraordinary life of Tower Bridge architect Sir Horace Jones. A specialist on the man behind a number of London’s most iconic buildings, including Smithfield Market and Billingsgate Market, Jennifer will not only explore Jones’ legacy and his innovations as a designer and planner, but the architectural marvel Tower Bridge remains as to this day.

Don your kitchen whites and test your taste buds to explore the past century through an exclusive tasting talk with food historian Dr Annie Gray. Foodies will be taken on a whistle-stop tour of 125 years of gastronomic history at Tower Bridge.

From the fanciful to the downright farcical, explore some of the alternative river crossing designs presented to the City of London’s special committee in 1876. Tom Furber, Engagement and Learning Officer with the London Metropolitan Archive offers a fascinating insight into some of the weird and whacky designs submitted for the design competition, as well as the ground-breaking construction of Tower Bridge.

This illustrated talk by British Film Institute curator Simon McCallum will give a flavour of the BFI National Archive’s unparalleled collection of film and TV about London, with a particular focus on life along the Thames. Drawing on a rich array of newsreel footage, documentaries and home movies, this archive tour will include glimpses of the majestic Bridge itself across the past century. These films are part of the Britain on Film initiative, with thousands of newly digitised titles from the BFI and partner archives around the UK now free to explore on BFI Player. Simon’s talk will be complemented by a screening of the classic 1959 film The Boy on The Bridge, made possible by the estate of Director Kevin McClory.

(Please note this event will finish later due to the film screening).

← Open House London 2019: Tips and highlights of the annual architecture festival
Guide to what’s on in London in September 2019 →
%d bloggers like this: