← The forgotten milkmaids and cows of St James’s and Green Park
Lawyers, lakes and lost villas: The story of Richard Shawe and Casino House of Dulwich →

London-themed questions and answers for your next virtual pub quiz. 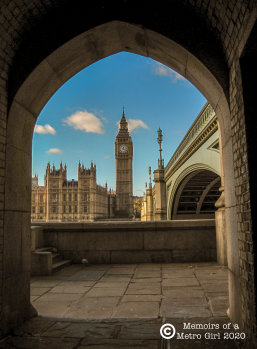 Thanks to the likes of Zoom, Houseparty and other video conference apps, many of us have been taking part in virtual pub quizzes as the lockdown continues.

If you’re hosting a video quiz and want to test your friends and/or family’s knowledge of the capital, here’s 20 questions and answers.

This London quiz covers elements of the capital’s history from Londinium to Shakespeare to prisons.

Most of the questions will put your memory to the test, although there’s a couple of multiple choice options to help your participants out.

Q1) What is hidden underneath Cleopatra’s Needle?

Q2) What narcotic used to be sold at Harrods until the early 20th century?

Q3) Pentonville and Holloway prisons are located in which London borough?

Q4) The City of London building 20 Fenchurch Street is better known by which nickname?

Q5) Which London rail station is named after a former priory?

Q7) Name the architect who designed both the Battersea Power Station and the Tate Modern’s building.

Q9) Which London tube station is closest to Little Venice?

Q11) Boudica, who led a revolt on Roman London in AD60 or 61, was the Queen of which Celtic tribe?

Q12) In which London neighbourhood can you find ‘Little Portugal?’

Q13) Before establishing The Globe on Bankside, William Shakespeare used to tread the boards in which East End district?

Q14) The lions at the bottom of Nelson’s Column are identical – true or false?

Q15) Which London park is home to a pet cemetary?

Q16) Which mythical figure represents the City of London?

Q17) In which London neighbourhood can you find Charles Dickens’ former home and now museum?

Q18) In what U.S. state can you find the old London Bridge, which was sold by the City of London in the 1960s?

Q19) What the original use of the building which now houses the Imperial War Museum?

A1) A time capsule was buried when the Needle was erected by the Thames in 1878. It includes children’s toys, a razor, copies of the bible, a Bradshaw Railway Guide, and 12 portraits of ‘pretty ladies’ of the day.

A2) Cocaine – along with morphine – was available for sale in Harrods in the 1910s.

A4) The Walkie Talkie.

A6) St Bride’s Fleet Street. A baker living on Ludgate Hill found inspiration from the tiered steeple while designing a cake for his own wedding day.

A12) Stockwell is home to a large Portuguese community, with many Portuguese businesses located in the area.

A13) Shoreditch. Shakespeare performed at both The Theatre and The Curtain Theatre.

A14) False, the four lions are slightly different.

A18) Arizona. Robert P McCulloch spent just over £1million on the Georgian bridge.

A19) Psychiatric hospital. Bethlem/Bedlam moved from Moorfields in 1815.

If you liked this quiz, how about another one?

Ultimate London Quiz Part 2 | Questions and answers about the capital

Posted on 10 May 2020, in History, London and tagged lockdown. Bookmark the permalink. 1 Comment.

← The forgotten milkmaids and cows of St James’s and Green Park
Lawyers, lakes and lost villas: The story of Richard Shawe and Casino House of Dulwich →
%d bloggers like this: