Lawyers, lakes and lost villas: The story of Richard Shawe and Casino House of Dulwich

A small piece of Humphry Repton’s landscaping survives in a south London park. 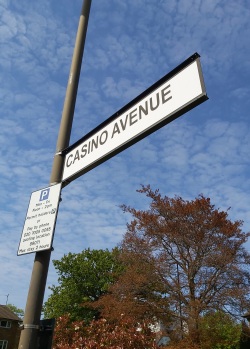 Casino Avenue in Dulwich is named after the former Casina House

The leafy, inner London suburb of Dulwich couldn’t be further from the gaudy, neon lights of Las Vegas. However, after seeing the sign for ‘Casino Avenue’ in the district, you may find yourself wondering about the meaning behind the name. Despite the gambling association most of us have with the word ‘casino’, the avenue is named after a former Georgian villa which used to stand in the area, named Casina. Although the house is long gone, its grounds now survive as a small park, while the man who owned it is buried locally in a listed grave.

Before discovering the history of the house, it’s important to know how its building was funded. Lawyer Richard Shawe (1755-1816) was appointed to defend Warren Hastings (1732-1818) in Britain’s longest political trial. Having served as the Governor-General of Bengal following years in India, Hastings was impeached on charges of corruption upon his return to Britain. In 1795, Hastings was acquitted after the seven year trial. He was left financially ruined, with £7,000 in legal fees going to his lawyer. Obviously, Shawe was left quite the opposite from penniless after the trial. He had already married well, to a Miss Esther Croughton (the first of his three wives), with Hastings’ legal bill giving his coffers a huge boost.

Two years after the verdict, Shawe bought 16 acres of land on Dulwich Hill (now Herne Hill) in what was then Surrey. In 1797, he commissioned prominent Regency architect John Nash (1752-1835) to design a villa. Completed by 1800, it was named Casina (later Casino), and was Palladian in style with an Italianate influence (see a London Metropolitan Archives sketch of the house from 1810). The house featured five bedrooms with  ensuite dressing rooms, drawing room, dining room, library, morning room, four servants rooms, as well as nursery apartments. The Casina estate included a coach house, stables for 8 horses, hot house, gardener’s cottage, and detached offices. The 15 acre grounds were laid out by celebrated landscape designer Humphry Repton (1752-1818), who was in partnership with Nash for several years before their relationship soured in 1800. Repton’s features included an ornamental canal and fish pond. He later went on to design or extend Regent Street, Carlton House Terrace, Trafalgar Square, Buckingham Palace and Piccadilly Circus (basically half the Monopoly board!). 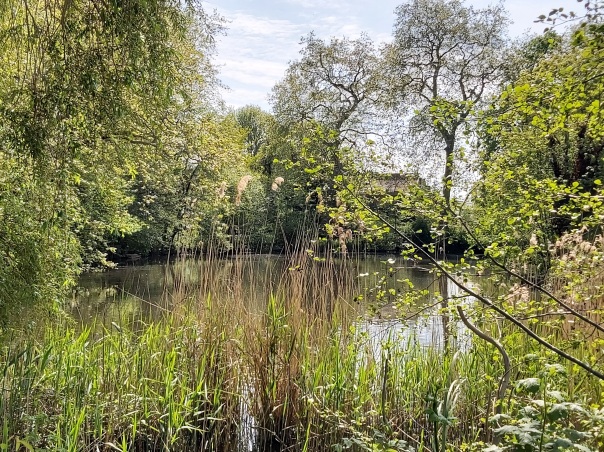 During Shawe’s life at Casina, he lost two wives and married his third spouse, Ann Bogle French. When he died in August 1816, he left Ann the use of the “mansion house at Dulwich Hill… which I have at great expense erected”, although apparently she wasn’t keen on remaining there as his widow. Shawe also had financial interests on a slave property in Jamaica with his former brother-in-law John Henry Deffell – sibling of his second wife Emily Deffell.

Following Shawe’s death, he was buried down the hill at the Old Burial Ground in Dulwich Village. Consecrated in 1616, but closed to new burials in 1858, the Old Burial Ground contains many listed memorials and is permanently closed to visitors. Shawe is commemorated with a large stone tomb chest – the largest in the graveyard. Grade II listed in 1998, Shawe’s monument is incredibly grand, with drapery, pilasters Greek patterns and motifs, topped by a pedimented box. The inscription reads: ‘In memory of Richard Shawe Esq of Casina Dulwich, who departed this life on the 11th day of August 1815, aged 61 years.’ Two years later, the extensive contents of his wine cellars were put up for auction by his heirs, including 3,120 bottles of port, 2,890 bottles of Madeira wine, 180 bottles of champagne and Claret, among others.

During the 19th century, tenants came and went from Casina House. The building was put up for sale in 1825, according to records at the Surrey History Centre. By 1835, the furnished Casina was put up for let by Winstanley and Sons in the City of London. Spanish monarch Joseph Bonaporte (1768-1844) – and brother to Napoleon – was rumoured to have stayed there at some point, according to research by the Dulwich Society. From 1839 for about 40 years, the building was leased by silk merchant William Stone and his son William Henry Stone. (See a Lambeth Archives photo of the house in 1880). By 1893, the house was home to a W.S. Gover.

By the early 20th century, London’s population had grown rapidly and acquired part of historical Surrey and was beginning to encroach the boundaries of Casina’s estate. Officials decided to demolish the house in 1906, later leasing the land to Camberwell Borough Council to erect public housing in the early 1920s. One of the new residential roads was named Casino Avenue in tribute to the house. A segment of the estate were preserved as a public park called Sunray Gardens, with Repton’s pond still in situ.

Posted on 13 May 2020, in Architecture, History, London and tagged Dulwich, Herne Hill, John Nash. Bookmark the permalink. Comments Off on Lawyers, lakes and lost villas: The story of Richard Shawe and Casino House of Dulwich.