Ultimate London Quiz Part 2 | Questions and answers about the capital

Test your knowledge of London and its history in your next virtual pub quiz with these questions and answers. 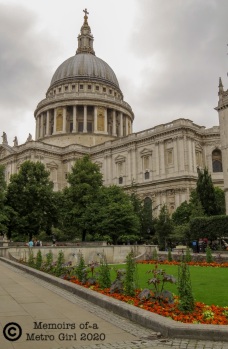 Earlier in the Covid-19 pandemic, Metro Girl published its first Ultimate London Quiz. It proved popular with many readers, so here’s a sequel! Although lockdown has eased, many people are still sheltering at home so quizzes can provide an opportunity for entertaining and socialising.

Next time you’re hosting a Zoom, Hangouts or House Party video quiz with your friends and family, why not test them on their knowledge of London?

Here’s a specially selected 20 questions and answers on the capital, If you don’t know all the answers, hopefully you may learn something new instead.

This second London quiz covers a wide range of trivia and history, from Roman Londinium, to Victorian train stations to The Shard.

Q1) Britain’s oldest door can be found in which religious building in London?

Q2) Which English monarch brought in the rule that the Tower of London’s ravens should be protected?

Q3) Which London department store has a weathervane on the roof depicting The Mayflower?

Q4) What is the capital’s oldest mainline train station in zone one?

Q5) How many times has London hosted the Olympic Games?

Q7) Which European country donates a Christmas tree to the City of Westminster every year?

Q8) The Buxton Memorial in Victoria Tower Gardens (beside the Houses of Parliament) commemorates which important law?

Q10) Which Soho street is named after a Charles Dickens character?

Q11) How many Premier League football teams are there in London?

Q12) Who was the first monarch to live in Buckingham Palace?

Q15) What London street is famous for its medical clinics?

Q16) What is the shortest line on the London Underground network?

Q17) Six people climbed The Shard in 2013 to protest in the name of which charity?

Q18) What London park hosts a temporary pavilion every summer?

Q19) What do you call the Royal Navy equivalent of the Chelsea Pensioners?

A1) Westminster Abbey has a door dating back to the 1050s.

A4) London Bridge station was opened in December 1836.

A8) The Buxton Memorial marks abolition of slavery in Britain in 1834.

A10) Manette Street (linking Greek Street to Charing Cross Road) is named after Dr Manette in A Tale Of Two Cities.

A14) Peter Pan. Author J.M. Barrie left the hospital the rights in his will.

A16) The Waterloo and City line.

A19) Greenwich Pensioners, or ‘Greenwich Geese’ were in residence at the Old Royal Naval College from 1705 to 1869.

A20) The Thames Tunnel connected Rotherhithe to Wapping. The tunnel is now used by the London Overground line.

If you liked this quiz, why not try this one?

← Adelaide House | The story of London’s first skyscraper
Step into Picasso’s studio with an immersive art experience at BASTIAN gallery →
%d bloggers like this: