← Guide to what’s on in London in November 2020
From criminals to cocktails: How one London hotel started life as a Magistrates Court →

The history of the Effra River | South London’s lost waterway

Discover the story of one of London’s lost rivers, which has been driven underground. 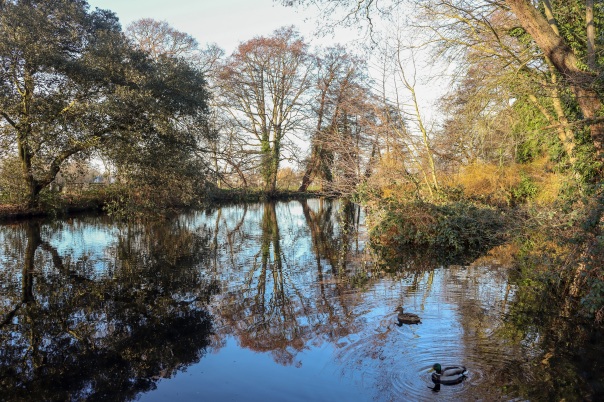 For centuries, the River Thames wasn’t the only big expansion of water in the capital, with many rivers and streams flowing in all directions across the capital. Before water was piped around the capital, Londoners relied on their local rivers for washing, fishing… and some other less sanitary activities.

One of these London rivers was the Effra, which is now mostly subterranean. It started life as a tributary of the River Thames, and now runs through south London’s Victorian sewers. There has been much debate of the name ‘Effra’, which is believed to been first associated with the river in the late 18th century/early 19th century. English art critic John Ruskin (1819-1900), who grew up in Herne Hill, suggested the name was “doubtless shortened from Effrena, signifying the unbridled river”. Other suggestions include it originating from the Anglo Saxon word “efer” (translates as “bank”) or from the Celtic term “yfrid” (which means “torrent”). Various 18th century maps label the River as “Brixton Creek”, “The Wash” or “Shore”. Another recent suggestion is Effra is a corrupted word of “Heathrow” – the name of a 70 acre estate located south of Coldharbour Lane in Brixton. In the 1790s, the land belonging to Heathrow Manor was called Effra Farm. It’s been suggested the section running through the Brixton farm was called Effra, before being expanded to include the whole river.

A marker in West Norwood showing the course of the Effra

The course of the Effra River and its tributaries ran thorough the centre of south London (don’t take the postcodes of bordering SE and SW neighbourhoods so literally!), through Upper and West Norwood, Brixton, Herne Hill, Dulwich, Vauxhall, and Kennington. There has been much debate whether or not the lake in Belair Park in West Dulwich was made by damning one of the Effra’s tributaries in the 19th century, if so it would be the only part of the River currently visible above ground. However, the lake is just a few minutes walk from the old Croxted Road (formerly Croxted Lane), where the Effra did run through. When the river was open, it had an average width of 12ft and was around 6ft deep.

Over the centuries, the river and its tributaries were diverted. By the 18th century, the Effra was pretty filthy as rivers were commonly used for waste disposal. In the 1840s, the commissioners of Surrey and East Kent Sewers began the process of culverting the Effra. Civil engineer Sir Joseph Bazalgette (1819-1891) incorporated what was left of the open Effra into his revolutionary sewer system in the 1860s. Along the way, huge metal stink pipes were erected to safely expel the gases in the sewer. You can still spot the stink pipes dotted around south London, they look like extra tall lampposts with the light missing. While the river is now subterranean, nods to its existence remain in the local streets. For example Brixton is home to Effra Road, Effra Parade and Brixton Water Lane.

Meanwhile, in more recent times, the course of the Effra has been marked by cast iron plaques dotted throughout Lambeth. Design agency Atelier Works teamed up with local artist Faranak to design 14 different illustrations of flowing water for 30cm plaques in 2016. They can be spotted in pavements on various sites along the river’s 6 mile course. The typescript reads: “The hidden River Effra is beneath your feet.” Some of the plaques sightings include outside the Meath Estate on Dulwich Road (Herne Hill), Rosendale Road just south of the junction with the South Circular (West Dulwich), Robson Road (south side opposite No.5/6, West Norwood), the junction of Rattray Road/Mervan Road (Brixton), among others.

Posted on 5 Nov 2020, in History, London and tagged Brixton, Dulwich, River Thames, subterranean. Bookmark the permalink. Comments Off on The history of the Effra River | South London’s lost waterway.

← Guide to what’s on in London in November 2020
From criminals to cocktails: How one London hotel started life as a Magistrates Court →