From criminals to cocktails: How one London hotel started life as a Magistrates Court 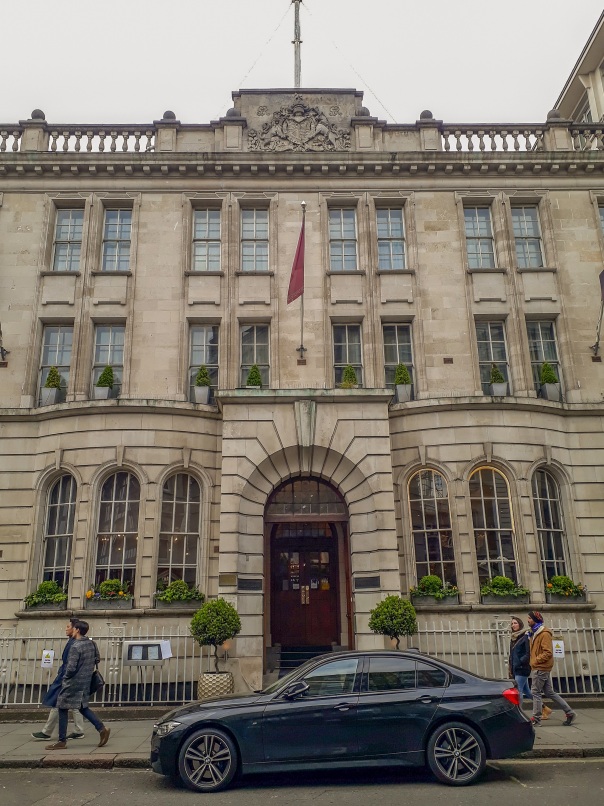 The Edwardian-built Courthouse Hotel in Soho

Great Marlborough Street in Soho features an amalgamation of architecture styles. From the mock Tudor timbers of Liberty to the dazzling Art Deco detailing of Palladium House, there’s quite an array of designs. One imposing building is the Courthouse Hotel – its name giving a clear reference to the building’s former life.

Originally without the ‘Great’, Marlborough Street was built in the early 18th century, the road being named to commemorate John Churchill, 1st Duke of Marlborough (1650-1722), following his 1704 victory at the Battle of Blenheim. The site of courthouse was originally three houses (19-21), where various affluent families lived over the decades. In 1793, No.21 became one of seven police offices across the capital, established by Middlesex Justices Act of 1792 following the success of the Bow Street court and its ‘runners’ – the precursor of the Metropolitan police. Each location was staffed by three magistrates and up to six officers. Crime had risen steadily in the capital as its population boomed, so the offices could house suspects following arrest and host criminal trials. Other offices were opened in Clerkenwell, Shadwell, Shoreditch, Southwark, Whitechapel, St James and St Margaret Westminster. The police office was expanded to incorporate the rear grounds of No.20 in 1856, although tenants continued to live in the building until 1892. 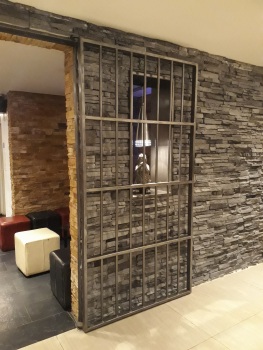 Iron bars separate the lobby lounge from the hotel bar

Police courts were utilised for a wide range of ‘criminal’ activities, including assault, theft, animal cruelty, desertion, solicitation, gambling, matrimonial disputes, small debts, drunk and disorderly conduct, and ‘loitering with intent’. More serious cases to be heard in front of a jury would be heard in the Old Bailey or a Crown Court, although sometimes the preliminary hearings would take place in the magistrates’ courts.

During the 19th century, many famous names passed through the doors of Marlborough Street Magistrates’ Court – on both sides of the law. In 1835, a young Charles Dickens (1812-1870) used to cover cases while reporting for the Morning Chronicle. A decade later, Charles-Louis Napoléon Bonaparte (1808-1873), the future Napoleon III, was a witness in a fraud case while exiled in London. The beginning of Oscar Wilde‘s (1854-1900) case against John Douglas, 9th Marquess of Queensberry (1844-1900) for libel began at the courthouse in 1895, before moving to the Old Bailey. The author and poet launched a private prosecution of Douglas (father of his then-lover Lord Alfred Douglas) after the Scottish nobleman described him as a “sodomite” on a calling card. The case was dropped, but Wilde was famously charged and convicted of gross indecency soon after and sentenced to two years in prison.

As the 20th century dawned, it was time for the court to be updated. Architect John Dixon Butler (1861–1920) was responsible as the Metropolitan Police’s architect and surveyor. Butler, who succeeded his architect father John Butler in the role, began his tenure with Richard Norman Shaw (1831-1912), assisting on the building of New Scotland Yard. During his career, he designed over 200 courts and police stations, including Charing Cross, Wapping, Hackney, Highbury Vale, Hampstead, Muswell Hill, and Tottenham.

Butler’s new design for Marlborough Street Magistrates’ Court was a three-storey building made of Portland stone in a restrained free Classical style. Details such as Ionic pilasters, arched windows, and a grand central pedestal topped by the Royal Arms all lend to the building’s imposing style as a location for law and order. Butler’s new design did manage to incorporate some of the original Georgian building, including three late 18th century chimney pieces, two of which are white marble and still exist today. The courthouse was built by Messrs. Patman and Fotheringham and was completed in 1913.

In the ’60s and ’70s, the courthouse became quite the magnet for paparazzi and star-spotters, thanks to the revolving door of badly-behaved celebrities. Model and showgirl Christine Keeler (1942-2017), infamous for her part in the Profumo scandal, went on trial for perjury and conspiring to obstruct the course of justice in September 1963. A case regarding Beatles legend John Lennon and Yoko Ono’s sexually-explicit lithograph drawings was thrown out on a technicality in April 1970. The saucy art had been seized from the London Art Gallery in Mayfair by police under the Obscene Publications Act. It was around the same period that the courthouse was Grade II listed by Historic England. Seven years later, Sex Pistols singer Johnny Rotten was fined £40 in its docks for possessing amphetamine sulphate.

The Magistrates’ Court was particularly familiar to members of The Rolling Stones, with three bandmembers being tried at the location over a five year period. The group’s tragic guitarist Brian Jones (1942-1969) was charged with cannabis possession at the court in May 1968 and subsequently fined. Exactly a year later, the group’s frontman Mick Jagger and then-girlfriend Marianne Faithfull were in court following their arrest for cannabis possession following a raid on their Chelsea home. Jagger was fined £200 and made to pay 50 guineas costs, although charges against Faithfull were dismissed. In 1973, Keith Richards was fined on drugs and firearms charges, while then-partner Anita Pallenberg received a conditional discharge for illegal possession of Mandrax tablets.

When did the courthouse become a hotel?

Prior to closing in 1998, Marlborough Street was the second-oldest magistrates court in the UK. It was then converted into a five-star hotel, opening in July 2004. The Number One court, complete with its judges’ bench, dock and witness stand, is now the Silk restaurant. The atmospheric English oak-panelled room is overlooked by a large glass domed ceiling. The former waiting room where the defendants would wait is now an atrium. Meanwhile, the lobby lounge is separated from the bar by iron bars. However, the most interesting original feature is the prison cell blocks, nown styled as VIP rooms in the hotel bar. The old beds where many suspects spent the night are now benches were guests to sit on as they sip their cocktails. Thankfully, the cell toilets are no longer in operation! The grand judges’ chambers are now the plush Magistrates’ Suites and feature some original Robert Adams (1728-1792) fireplaces. Overall, the hotel has 116 rooms, a swimming pool and health club, roof terrace and a private cinema. Aside from the original features inside, an original plaque reading Marlborough Street Magistrates’ Court remains at one of the entrances. 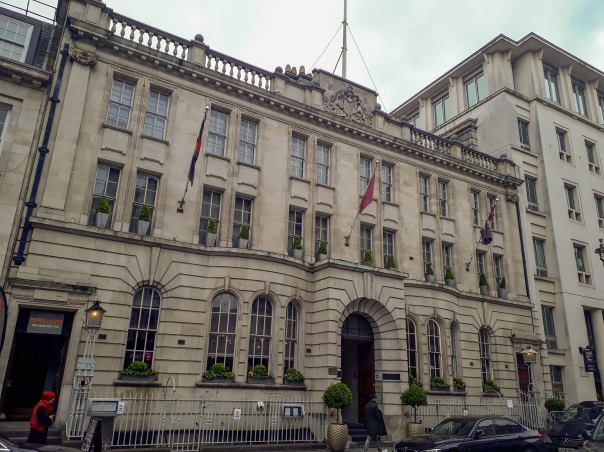 Spirit Of Soho mural | Celebrating the history and characters of Soho

Posted on 19 Nov 2020, in Architecture, bars, History, London and tagged Edwardian, Soho. Bookmark the permalink. Comments Off on From criminals to cocktails: How one London hotel started life as a Magistrates Court.