A Complete History Of London: Funny, abridged story of the city in a Roman amphitheatre 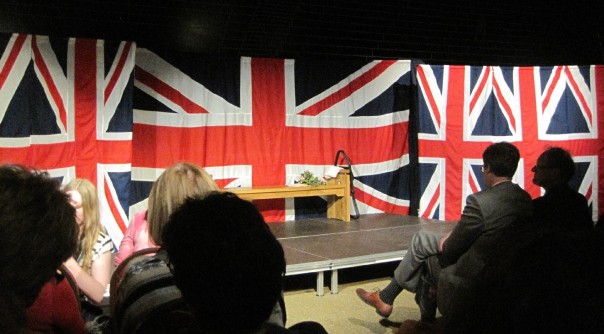 Setting the stage: A Complete History Of London was staged in the ruins Roman Amphitheatre in the Guildhall Art Gallery

The Complete History Of London is an abridged play covering the history of our fair city in one hour… sounds like quite a feat doesn’t it? Last week, I managed  to obtain tickets to see the new play from ex-City worker Tim Chapman, who conceived the production while in Borneo. Being both a fan of history and London, I was hoping it would fulfil my expectations…. which it did. But also part of the attraction was seeing the play amongst the remains of London’s old amphitheatre in the Guildhall Art Gallery basement. The seats were placed roughly in the same area as the Roman Londoners would have sat – with the remains of the ancient walls either side of us. The ruins were only discovered in 1988 and dated back to AD70 and seated an estimated 6,000-7,000 people. Fortunately for us, the audience was a more manageable size. 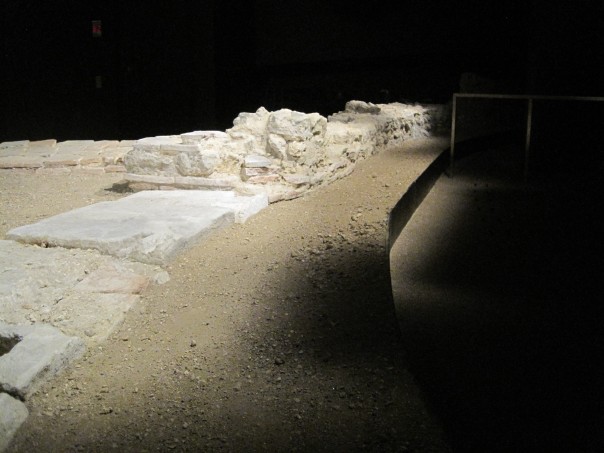 The seating followed the curved walls of the Roman amphitheatre

With the play covering two millennia of history, it required a basic set of bench and British flags. On the night in question, the entire play was performed by a cast of three – Mark Steere (first narrator), Olivia Jewson and Dewi Evans (second narrator). Between them, I couldn’t even attempt to count the amount of characters they played because it was so fast-paced. With two narrators keeping the flow going by linking the different periods of history, the audience are given the story of how different invaders, diseases, fires and royals shaped the city. Starting with the Romans establishing Londinium, it goes on to cover the Vikings, Danes and Saxons. Royals including Henry VIII and his many wives, Queen Elizabeth II, William The Conqueror and King Charles II make an appearance as the cast bring the long-dead characters to life in humorous ways. Towards the end of the play, we were still quite a way off 2013, so the city’s modern history was summarised in a clever poem. Overall, I found the play informative, funny and entertaining. The historical setting could not have been more apt and it was quite a treat to see a play within the ruins. With tickets at just £15, it’s an affordable piece of theatre when money is tight for many. Highly recommended.

N.B. Photos during the play were not allowed, hence the before shots. 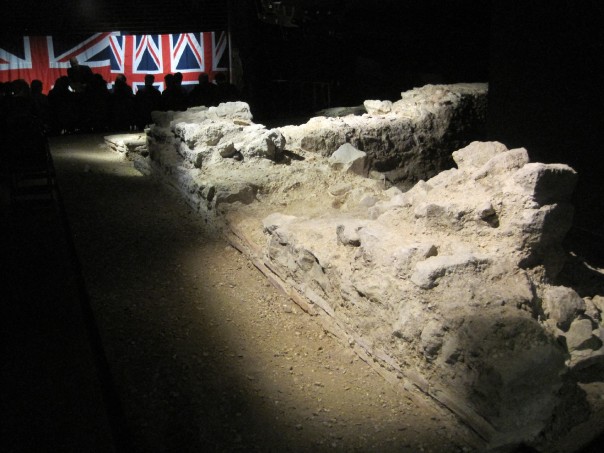 Ruins of the AD70 Amphitheatre lead the way to the stage

To find out about the ruins of a Roman bath house in London, click here, or to read about the remains of the Roman fort in a London car park, click here.