Hills, pasteis and ginjinha | Explore the many charms of lovely Lisbon

Review: A mini break in Portugal’s capital, with highlights and tips. 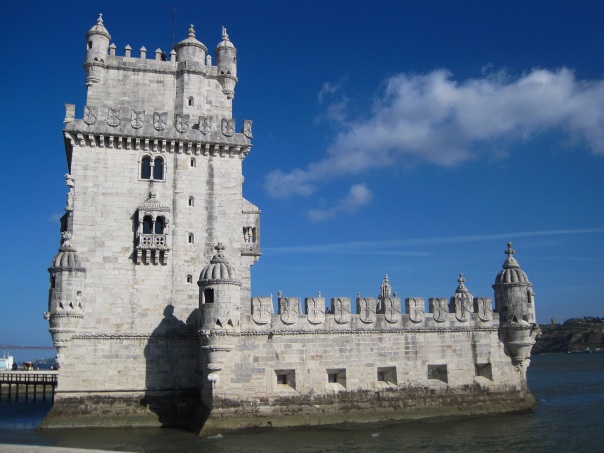 Torre de Belem, the 16th century fortress in the seaside suburb of Belem

Sorry Barcelona, I think you may have lost your place as my favourite city in Europe. After seeing some fabulous Insta-photos of Lisbon over the past year, I finally booked a break in the Portuguese capital. Outside peak times, you can get incredibly cheap flights to Lisbon with Easyjet and Ryanair, while hotels in Lisbon offer very good value compared to most Western European capitals. 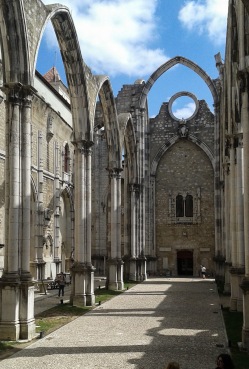 The ruins of the 14th century Convento do Carmo, damaged in the 1755 earthquake

Lisbon is a compact city, spread across seven hills overlooking the River Tejo. As a result, you’ll find many stairs, elevators and funinculars to help you get up and down the different levels. Many tourists opt to stay in the neighbouring old districts of Baixa or Rossio. We used Air BnB to find a three-bedroom apartment in the Mouraria region, with two balconies giving views of the Castello and Martim. We were just one flight of stairs away from Praça Martim Moniz, where we could pick up the historic 28 tram and or it was a few minutes walk to the lovely Rossio square.

During your time in Lisbon, you’ll expect to rely on various modes of transport to get you up and down the many hills. We rode the Ascensor da Gloria, a funicular railway line which connects Restauradores Square with the Bairro Alto. It was a tight squeeze on the tram car as it climbed the steep slope, passing by the houses and street art. Just near the car stop is the Miradouro de São Pedro de Alcântara, a small park with great views of Lisbon. A short walk in the neighbouring Chiado district are the stunning ruins of the Convento do Carmo (Carmo Convent). Built in 1389, it was significantly damaged by the 1755 earthquake. Today, what’s left of the Convent – walls, columns and other monuments – is open to the public as a museum. Meanwhile, not far from the Convento is the Elevador de Santa Justa, an neo-Gothic street elevator built in 1902 connecting the lower streets with Carmo. Unfortunately, when I was visiting it was partially covered in scaffolding for maintenance so I didn’t get to see the full beauty of the designs. END_OF_DOCUMENT_TOKEN_TO_BE_REPLACED

Posted in You can take the girl out of London...