← The Montagu review: Watch your food being cooked in this bustling, upmarket restaurant
Guide to what’s on in London this Christmas 2013 → 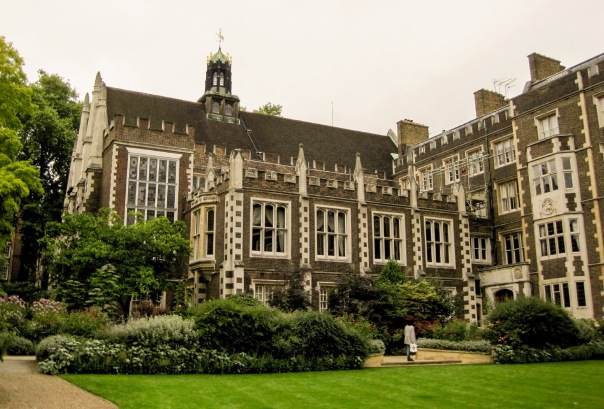 For over 2,000 years, our beloved London has been ravaged by invasions, fires, war and terrorism. For every loss of an architectural wonder, we fortunately also have another preserved. The 16th century, Grade I listed Middle Temple Hall is one such historic wonder – amazingly it survived the Great Fire Of London and just about scraped through World War II with some damage to the eastern end. While many other buildings of its era have been turned into a museum, Middle Temple Hall is still functioning for the legal profession – as it was designed for – so is rarely open to the public. It is widely considered as the finest example of an Elizabethan hall in London and has hosted many historical figures over the years.

Middle Temple Hall is located in the Temple area of London – near where the City of London meets the City of Westminster. History of the area stems back to the 13th century when legal students used to lodge and study in the vicinity. The Temple Church nearby was built in the 13th century and remains open to the public, services permitting. Construction on the Hall began in 1562 by law reporter Edmund Plowden, who was Treasurer of the Inn at the time. He has been immortalised as a bust by Morton Edwards, which stands in the Hall. Completed in 1573, the Hall is 100 feet long and 41 feet wide. One of the main attractions is the stunning wooden hammer-beamed roof, which prompted an audible ‘wow’ from me when I first walked into the Hall. The oak wood panelling on the walls feature hundreds of coats of arms and stained glass windows above them of the Readers and other notable Middle Templars.

The double hammerbeam roof was completed in 1570, while the screen was erected four years later

At the east end of the hall is an elaborate screen, which was built in 1574. Two double-leaved doors were added in 1671 in an attempt to prevent boisterous behaviour by junior members of The Bar. However, the screen was heavily damaged in World War II by flying masonry from nearby Elm Court, which was destroyed by a landmine in October 1940. The remains of the screen were stored in 200 sacks until the War was over and it has since been painstakingly restored. During World War II, a total of 122 out of a total of 285 chambers at the Temple were destroyed. 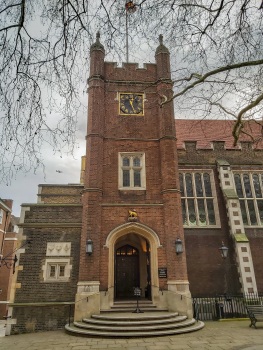 Over the centuries, a host of historic figures became members of Middle Temple, including R D Blackmore, Charles Dickens, Henry Fielding, Inigo Jones, Sir Walter Raleigh, Richard Brinsley Sheridan and William Makepeace Thackeray. In 1852, the Four Inns of Court (together with Inner Temple, Gray’s Inn or Lincoln’s Inn) ceased to be responsible for legal education. However, the Bench, Bar and students still meet for lunch in the Hall and host functions. Today, the Inns provide training and support to newly qualified lawyers.

Although the building is usually off-limits to the public, I was fortunate enough to visit during Open House London in September. While the building looked impressive from the outside, I wasn’t quite prepared for how magnificent it was inside. Occasionally the hall is open to the public for its annual Christmas fair and other events.

A Jacobean tavern, waxwork museum and Victorian barbers | The many guises of Prince Henry’s Room

Mary Queen of Scots House: This Neo-Gothic building is younger than you think

← The Montagu review: Watch your food being cooked in this bustling, upmarket restaurant
Guide to what’s on in London this Christmas 2013 →
%d bloggers like this: