The history of the house and grounds at the end of the Northern Line. 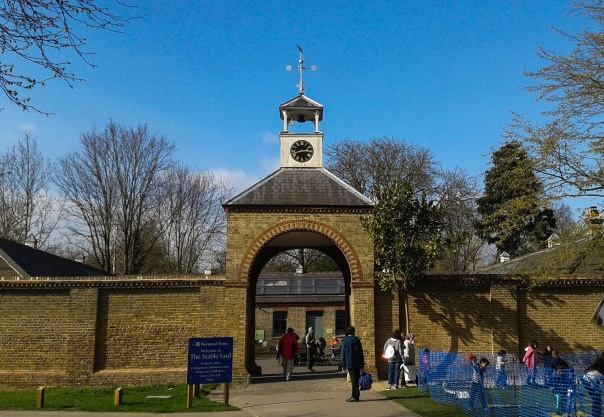 Situated in London’s outer zones, are remnants of former country life. Now enclosed within the capital’s borders, there’s a host of manor houses and country estates which have amazingly managed to survive the frantic building and population boom of the ever-expanding city since the Victorian times. One such ‘leftover’ is Morden Hall Park, an 18th century estate in south-west London. Situated a short walk from Morden tube station, is 120 acres of parkland and historic buildings, enclosed by a 12-foot wall. Once you step inside, the city feels far away as you’re suddenly in a little country oasis. 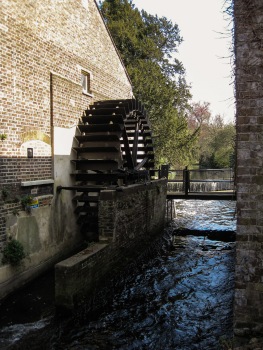 Previously located in Surrey, Morden was owned by Westminster Abbey before the Dissolution of the Monasteries in the 16th century. It was bought by Sir Richard Garth in 1553, who became Lord of the Manor. The Garth family owned the land for several centuries, with much of the estate being used as a deer park. The 5th Richard Garth built Morden Hall in 1770, with the building being used as a boy’s school from 1830-1873. Around this time, the two-storey Hall was stuccoed. Also in the 18th century, the East Mill was built, with the West Mill added in 1830. Meanwhile, Morden Cottage is a late 18th/early 19th century building featuring weatherboarding, with a Gothic façade linking it to the adjacent Mill Building.

In 1872, the Garth family sold the land to the tobacco merchant Gilliant Hatfeild (1827–1906), who had been brought up on the estate at Morden Cottage. He removed some of the field boundaries and demolished some of the cottages, while creating a tree-lined driveway linking the Hall to new South Lodge. The two mills on site were used to ground down tobacco into snuff until 1922, when a strike convinced Hatfeild’s son to quit the business. One of the original waterwheels that powered the mill still exists today. The family planted many of the trees that still exist, while one of the oldest yew trees in England is outside the cottage. In 1879, the Stable Yard was constructed opposite the cottage, with a distinctive clock tower and weather vane in the shape of a trout. In 1892, the park was described as containing around 100 deer.

The last private owner of the estate, Gilliat Edward Hatfeild (1864-1941) moved out of the grand Hall into the Cottage following the outbreak of World War I so it could be converted to a military hospital. As a confirmed bachelor, Gilliat preferred a simpler lifestyle and remained living at the cottage until his death. He enjoyed country life, with many of existing buildings today reflecting his interests. He was a keen hunter and fisherman, even converting the dairy for trout breeding. In 1930, he created the Rose Garden, which has been restored by the National Trust and now has over 2,000 roses across the 2.5 acres.

Within the grounds is the listed Morden Hall Cottage

Gilliat was very popular with Morden locals and often invited local schoolchildren to visit the grounds. Following his death during World War II, he bequeathed the estate to the National Trust, saying ‘a fee shall not be charged so that my Morden estate shall be open to the public’. He is buried in nearby St Lawrence Church on London Road, which was built in 1636.

Meanwhile, as for the house itself, following the National Trust purchase, it was used as offices until the early 1990s. The NT discovered the house had fallen into disrepair and teamed up with Whitbread to convert the building, while remaining sympathetic to its history, into a Beefeater restaurant and function room in 1996. Today, Morden Hall, is generally off-limits to the public, but is available for weddings following an extensive renovation in 2015. It is Grade-II listed.

Today, the estate contains the historic buildings and the expansive grounds, with the River Wandle running through. Among the features include a rose garden, wetlands, children’s playground, garden centre, city farm, gift shop and café. During the summer months, a pop-up cinema often take places during the evenings. During 2010, the Stable Yard was renovated to be the most energy-efficient historic building in the country. It now offers new visitor facilities, including an exhibition space.

One of the folly bridges in the park, designed to look like an old ruin

← Photo Friday | Dusk at Trafalgar Square
Guide to what’s on in London in March 2016 →
%d bloggers like this: