The Daily Telegraph may have moved on, but its imposing offices remain. 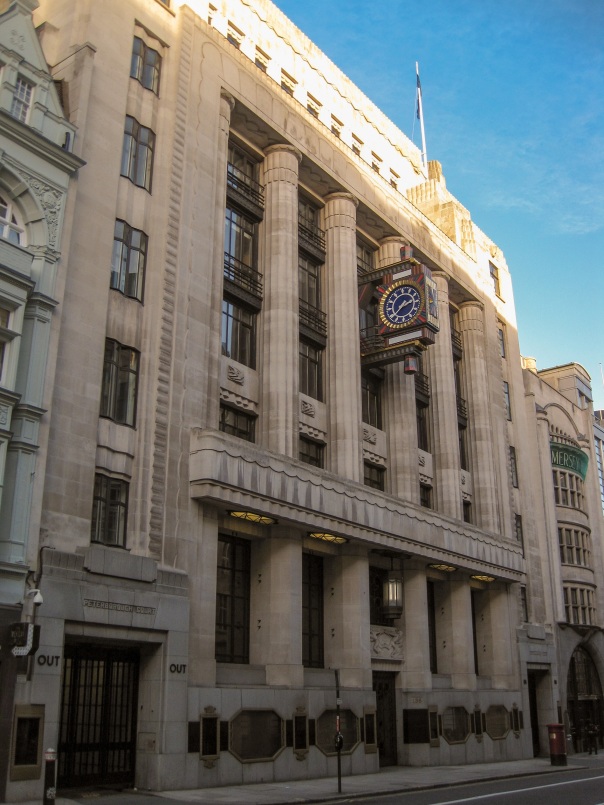 Peterborough Court was built on Fleet Street in 1927-1928

The newspapers have long moved out of Fleet Street, but their buildings remain. Standing halfway along the iconic street is an art deco temple to journalism. Peterborough Court is the former home of the Daily Telegraph. Although the publication has moved on to Victoria, there are still subtle signs of the building’s former use on the façade. 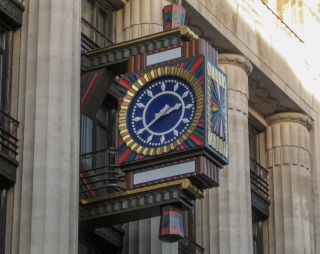 The Daily Telegraph was founded in 1855 and its first offices were in the Strand, before it moved to 135 Fleet Street in 1862. In 1882, the Prince of Wales (King Edward VII – 1841-1910) opened the Telegraph’s new offices made of Portland stone and Aberdeen granite, designed by architects Arding, Bond and Buzzard. The building remained until the twenties when it was torn down to make way for the current design.

Peterborough Court was built in 1927-1928 to a design by architects Elcock and Sutcliffe, with Thomas Tait (1882-1954) and Sir Owen Williams (1890-1969) as consulting engineers. Tait worked on Adelaide House (the City’s tallest office block in 1925), later phases of the Selfridges department store on Oxford Street and the pylons of Sydney Harbour Bridge. Meanwhile, Williams was the head engineer for the original Wembley Stadium (1923-2003) and architect of The Dorchester. The building was named Peterborough Court after the Bishop of Peterborough, who used to have a house on Fleet Street. The name inspired the ‘Peterborough’ diary column in the newspaper, which remained for decades until it was renamed in 2003.

Likes it predecessor, Peterborough Court is also made of Portland stone. The building’s façade features a combination of art deco and neoclassical details. Large Doric columns give the building a sense of heritage, while its modernist elements represents the present. Standing tall with six storeys and a recessed top storey, Peterborough Court features seven windows across each storey. The centrepiece is the ornate coloured clock on its third floor level, full of Art Deco details such as diamonds, chevrons and sunburst motifs.

The ground floor features bronze window frames and a metalwork door. Above the door is a stone relief sculpture of two messengers by Alfred Oakley (1878-1959). The figures appear to be racing to deliver the news – cementing the newspaper industry’s importance in an age before TV and the internet. Meanwhile, the top storey features winged masks representing ‘The Past’ and ‘The Future’ by English artist Samuel Rabin (1903-1991), which were carved in situ.

When it came to critics’ response to the building, the Architects’ Journal commented in 1931 that it set “a new standard of scale and treatment of the modern constructional problem”. However, British architecture critic Sir Nikolaus Pevsner (1902-1983) wasn’t a fan, describing it as “a building in which neo-Greco-Egyptian imitation has turned modernist, with much fluting, fancy iron-work and little to recommend it” in 1973.

In May 1983, Peterborough Court was Grade II listed by Historic England. Four years later, it was the end of an era when the Telegraph moved out. The Eighties saw a host of newspapers leaving Fleet Street, with many relocating to Docklands or Kensington. Investment bank Goldman Sachs took over Peterborough Court, with their current £18million a year lease expected to run out in 2021.