← Ceviche review: Raw fish and a bit of spice washed down with a Pisco Sour
Reflection of The Shard on melted snow water →

The story behind one of London’s iconic landmarks. 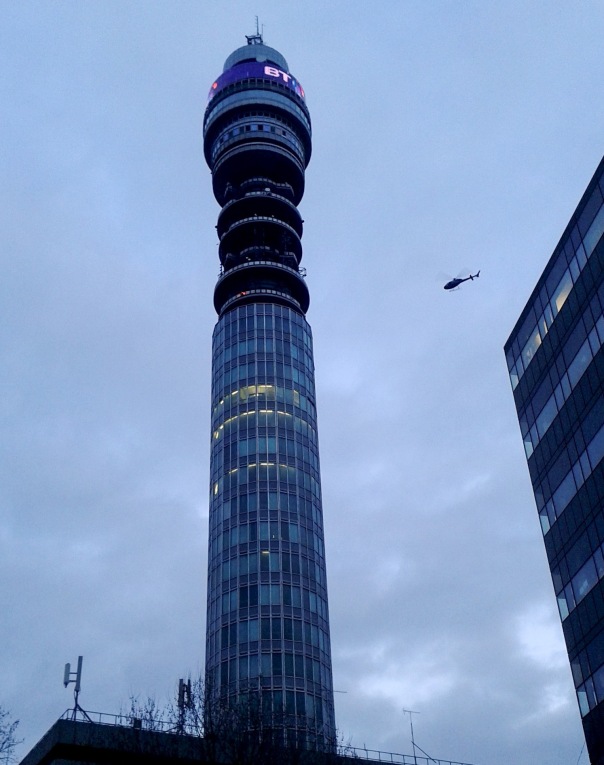 Lofty: The BT Tower in Fitzrovia stands tall at 581ft, with the aerials bringing it to 620ft

It’s a dominant symbol on the London skyline, yet many city dwellers don’t quite have the same affection for the BT Tower as other lofty landmarks. Maybe this is because most of us haven’t had the opportunity to have a shared history with the building because it’s been closed to the public for over three decades. Many visitors to the capital may be surprised to know the building has been hovering over the streets of Fitzrovia since the 1960s and is a Grade II-listed monument.

Originally commissioned by the GPO (General Post Office) and designed by Eric Bedford (1909-2001) and GR Yeats, the tower’s main function was to carry telecommunication signals from London to across the country. Although construction began before the Millbank Tower (387ft), the latter was erected quicker and was briefly the tallest building in London until the BT Tower was completed in 1964. At 581ft high, it reigned supreme as the tallest in London until Tower 42 was built in the City of London in 1980. Opened by the then-Prime Minister Harold Wilson (1916-1995) in October 1965, the £2.5million BT Tower included 37 floors and two elevators. Seven months after the official opening, the building was open to the public with quite a variety of amusements to keep them occupied in May 1966. 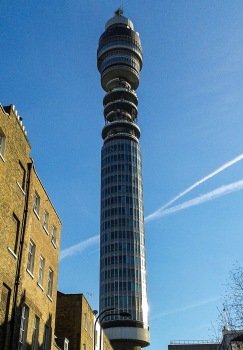 The Tower is still used by TV and satellite companies, as well as to monitor air quality

One such attraction was the Top of the Tower revolving restaurant. When I was a child growing up in London in the Eighties, I remember my parents talking about the restaurant on the 34th floor, which was sadly closed in 1980 due to terrorism fears. In 1971, an IRA bomb exploded in the men’s toilets at the restaurant. I remember for years not realising it had actually closed and in my young girl’s mind, fantasising about hanging on to my table for dear life as the restaurant whizzed around at speed. Actually it was a gentle revolution every 22 minutes. Also towards the top of the building were public viewing galleries and a gift shop. However, a year after Top of the Tower closed, public access was also halted.

Of course, while telecommunications have changed drastically over the past 30 years, the BT Tower is still used by TV and satellite companies, as well as to monitor air quality. Since 2009, a 360 degree LED display has been wrapped around the Tower at the 36th and 37th floors projecting messages and the BT logo.

Although we are spoiled for choice when it comes to seeing London from a height – most recently with The Shard and The Orbit at the Olympic Park, I believe there would be demand and many willing, paying customers who would love the chance to eat in the BT Tower’s revolving restaurant again. While this appears unlikely to happen at the moment, who knows what the future will hold…

For Metro Girl’s other blog posts on London’s tallest buildings, read about Tower 42, the Lloyd’s Building, the inauguration of The Shard laser or Galvin at Windows at the Hilton.

← Ceviche review: Raw fish and a bit of spice washed down with a Pisco Sour
Reflection of The Shard on melted snow water →
%d bloggers like this: